The answer to Brexit – more Europe for Europeans

The Brexit referendum held on June 23rd, 2016 dealt a severe blow to the very foundation of the European project. Focused on the Euro crisis, financial and resulting political problems in the European South and mass migration to Europe from the Middle East – which, by the way, for Europe is the Near East! – European politicians inadvertently let the European project be submerged and overtaken by national, indeed nationalist, politics.

That European elites – and even High Street punters – misjudged or underestimated the spreading wave of discontent among the diminishing and gradually impoverished middle classes, among workers left behind by deindustrialization, globalization and technological progress, among the young NEET’s, for whom free movement is associated with “people coming here and taking our jobs and benefiting from our safety net” and “companies moving production and our jobs to Asia”. It is that discontent and the feeling that Brussels, “a place with highly paid, untaxed bureaucrats”, is the primary culprit for such developments that finally led Britain – the least willing large member of the Union – to “take back its’ sovereignty”.

That Europe has been developing less dynamically than its developed peers, especially the US, is no secret. That European politicians, both at the national and the EU level are reluctant to take the necessary measures to reform outdated institutions and policies in order to promote growth and development for fear of electoral backlash is also a known fact. What is even less comforting is the answer by the Brussels elite to the resounding slap on the face by British voters: Europe is responding by encapsulating the remaining members and threatening to “punish” Britain by a contemporary versions of a trade embargo and migration ban.

The answer to Brexit, both within Europe and in its negotiations with Britain, the US, Canada and any other international partner, in trade or otherwise, should be “more Europe”. This, however, does not signify more of the same: a Europe for French and Italian farmers, German manufacturers and Central and Eastern European construction tycoons – the primary beneficiaries of the European project and the European budget. More Europe should mean a Europe closer to most Europeans, especially those left behind or at risk of becoming so.

More Europe means more and better education, from kindergarten to post-graduate and beyond to life-long learning. Dilapidating classrooms throughout Europe, especially in the East and South are in stark contrast to modern structures housing European functionaries springing up throughout the Union. National budgets are straining to accommodate justified requests by teachers and university professors for more – desperately needed – funds for research and education quality. We need more Europe in terms of educational standards, more Europe in providing adequate spending per pupil, more Europe in making classrooms if not as flashy as Commission offices then, at least, comfortable for both students and teachers. We need more Europe in science, concentrating the efforts of national science institutes and ensuring collaboration, focus and spreading the benefits of scientific progress to all member states, indeed to all EU citizens.

More Europe means unfettered access of all European companies to all European markets. Yes, despite the Single Market, most companies, especially SME’s cannot overcome the regulatory burden of European expansion. Multiple overlapping national and European regulations, the maze of permits and authorizations and the burden of multiple-country compliance restrict the Single Market and its potentially huge benefits to but a handful of powerful conglomerates. Simplification of access, both for goods and services, on a national level and uniformity of rules at the European level might just be sufficient to push the Single Market into its next orbital phase, where value will trump nationality and naturally lead to development and growth.

More Europe means more fiscal integration. While a single finance ministry and a single budget remain anathema even among leading liberal Eurocrats, expansion of the centralized approach to tackling disparities within the Union should be contemplated, especially in areas such as education, science, social inclusion and the welfare safety net. At the same time, the Commission and national governments should make the extra effort towards simplifying national fiscal rules for Single Market operations.

Schools, especially in the East, would vastly benefit from better classrooms, but also from programs, designed to bring teachers’ knowledge and skills to the level required on the Continent in the current millennium. A general overhaul of educational curricula and teacher training, and their gearing for the current digital age is required in all educational systems in Europe. A European effort coupled with adequate funding could eventually boost educational outcomes to the benefit of industry, government and citizens at large.

The national segmentation of fiscal and national insurance regimes within the EU create the greatest “invisible” obstacle to free movement of people, goods and services, despite theoretically open borders. Compliance in multiple jurisdictions and only partially – if at all – portable pension and health insurance plans lead to a sub-optimal use of the greatest asset of Europe: its people. Ensuring pension portability – including exploring the creation of a “European” pension and health insurance scheme – should become a focus for both the Commission and national authorities. Ensuring a simple fiscal compliance regime, at least for individuals and SME’s, would greatly enhance resource allocation and utilization and lead to increased competitiveness.

More Europe means more fiscal responsibility. Perhaps the greatest task that Europe needs to address is debt level and the role of the state in the economy. Unsustainable debt levels in certain European countries create a credible threat for the European project. A debt crisis cannot be tackled by issuing more debt!

The reasons for those debt levels are well known: unproductive or inefficient public investment, unsustainable structural deficits, legacy costs and the inability or unwillingness by national/municipal administrations to admit how much public services truly cost.

How to tackle these?

In addition to enforcing the Single Market, both the Commission and European national governments should carefully consider how to better involve the private sector in the provision of public services and the execution of public investment. Whether the focus is tangible infrastructure – roads, railways, bridges, schools, hospitals, communication networks – or recurring intangibles – kindergarten services, prison management, permitting and licensing institutions, care for the elderly or disabled – the private sector has much to offer, including competence, management ability, cost effectiveness and investment capital. Those should be exploited by governments and the Commission, through development of a European public-private partnership framework. This will allow a better allocation of scarce public resources, revealing the true costs of those activities and allowing governments to make rational – if difficult – funding decisions, including allowing for a certain level of “customer” payment for services hitherto provided “free” or for a nominal price, while limiting public expenditure on goods and services that can be invested in or provided by the private sector.

In addition, the Single Market should be actively enforced for services – such as medical care or care for the elderly – that are funded by national, regional, provincial or municipal governments or government-sponsored entities but can be provided more efficiently or cost-effectively beyond the national jurisdiction. A compulsory EU-wide market for such services would create favorable outcomes both for paying and for receiving institutions and enhance growth and convergence, while freeing up resources to be invested in other meaningful enterprises.

Privatization of state-owned enterprises to pay off debt should be an obvious solution for highly indebted nations, especially in an environment of zero interest rates and an abundance of investment capital.

Finally, in addition to enforcing fiscal discipline at the national level, Europe should act as a single entity on debt markets ensuring all EU issuances bear the same high rating as the block’s most prominent members. An EU bond replacing individual issuances, backed jointly by the national governments, coupled with Commission control over national spending, and the fiscal and regulatory simplification measures aimed at Europeanisation of national SME’s should ensure fiscal stability, debt relief and greater manoeuvrability in crisis situations.

More Europe means more migration, both internally and from the outside. A leveling and, in some cases, diminishing population puts economies and fiscal authorities in a financial “death spiral” – less people contributing to public goods, and relatively more people consuming such goods. Europe desperately needs more young, productive people. One obvious solution is to “cherry-pick” from other nations, as fiercely advocated from the Leave camp in Britain. A less obvious but more sustainable and productive approach would be to extend the relevant educational and social infrastructure to accommodate, train and develop migrants that may have been less fortunate in education or career. Instead of labelling migrants, especially from less fortunate jurisdictions, a burden to society and deliberating how to “allocate”, “distribute” or otherwise “take care of” migrants, “returning”, “deporting”, “readmitting” or otherwise transporting people, the EU should create and implement a solid and adequately funded immigration framework, allowing migrants to settle, be trained, be able to take advantage of existing social infrastructure and finally be able to make a contribution to European society that, over their lifetimes, would be far greater than the perceived up-front cost.

In all, we need more Europe that we can feel beyond Brussels. A Europe ordinary Slovaks, Bulgarians, Greeks, as well as Germans, Dutch or French can see and feel, a tangible European project accessible to all, not just political elites.

And if this means doubling or tripling of the European budget, e.g. by implementing an additional 1-2 percentage points of VAT and/or raising income and/or estate taxes, then we as Europeans should definitely consider sustaining the cost against the vast and durable benefits that such an effort could achieve for Europeans in school, training, retraining or specialization, for the elderly in care, for the dilapidated East or indebted South as well as for all aspiring to be part of this great society.

This may also lead to Britain being less willing to exit. 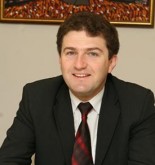 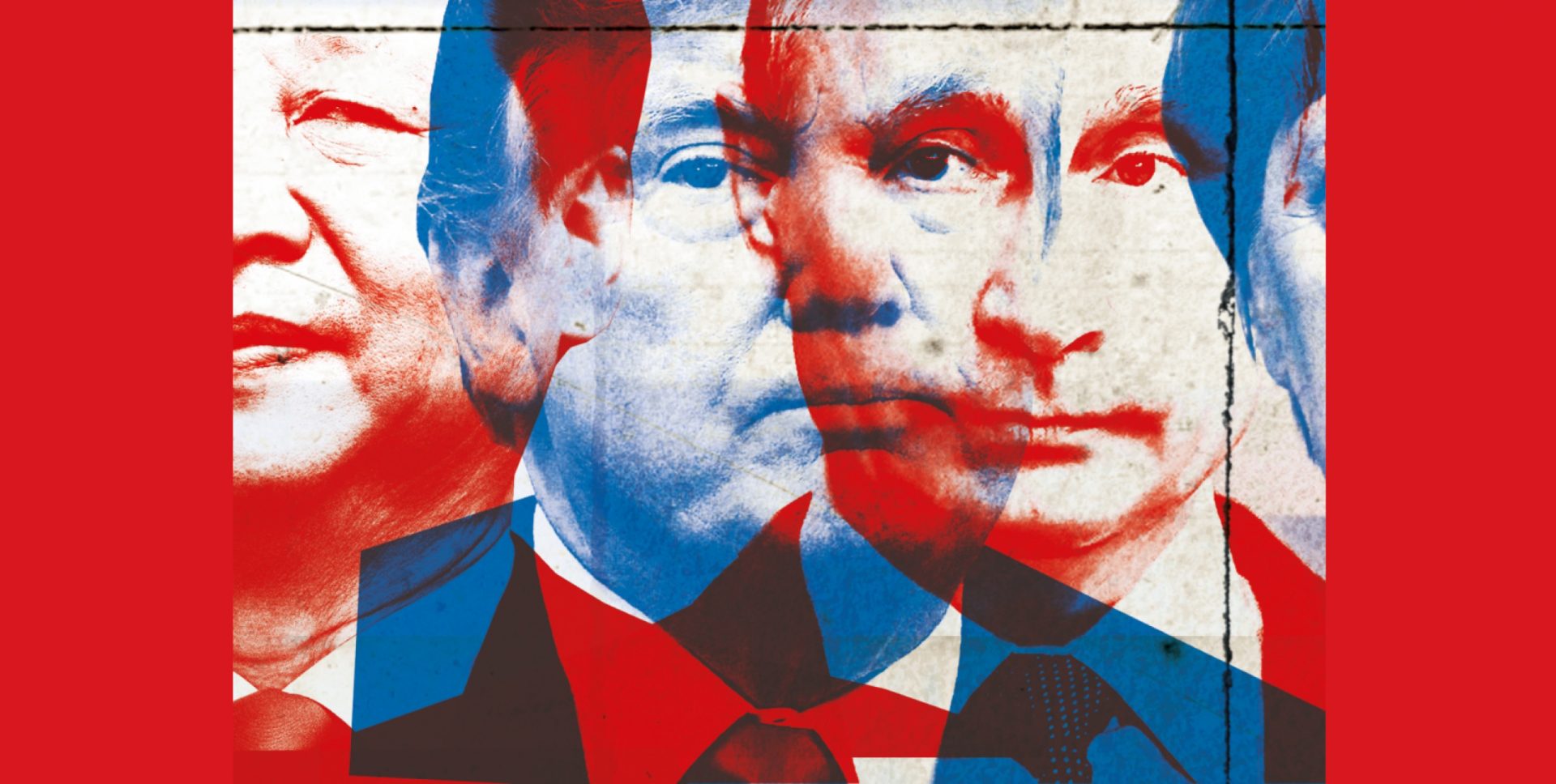