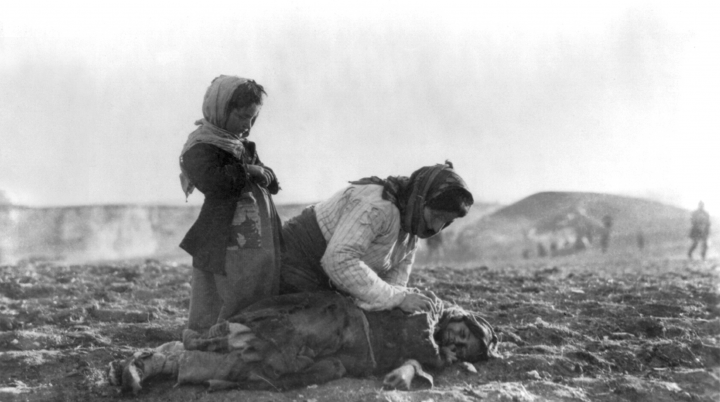 Adolph Hitler: “Who today, after all, speaks of the annihilation of the Armenians?”

On June 2, the German Parliament ignored warnings from Turkish president Recep Tayyip Erdogan and adopted a resolution declaring that the killing of Armenians by the Ottoman Turks in 1915 was in fact a genocide. Germany’s vote carried considerable significance, for reasons that did not emerge from the old-line establishment media.

The New York Times, for example, cited what “historians say” was the murder of more than a million Armenians and other Christian minorities in 1915-16. On the other hand, “Ankara” has “argued that the estimates of the number of Armenian deaths have been exaggerated.” Things are not quite that complicated, and the reference to 1915-16 is also misleading. The killing started long before, preceded by Ottoman attacks on Bulgarians.

When Bulgarians staged an uprising for independence in 1876, the Turks responded by massacring some 15,000 of them, a state-sponsored murder campaign that became known as the “Bulgarian horrors.” The Turks followed with mass slaughter of Armenians, and  as Peter Balakian observed in The Burning Tigris: The Armenian Genocide and the American Response, foreign diplomats carefully documented this campaign.  British vice-consul H.S. Shipley wrote that Armenians were “absolutely hunted like wild beasts,” and that the objective was “extermination, pure and simple.” In The Armenian Crisis in Turkey, his book on the massacres of 1894, Frederick Davis Greene wrote of Armenian men murdered outright and their women subjected to extraordinary sexual violence. Children were lined up in row to see how many could be killed with one bullet, and infants had their heads struck off.

British ethnographer William Ramsay, noted that Turks regarded the Armenians and Greeks as “dogs and pigs.” Those in the “hard work of murder,” Ramsay wrote, were “inciting each other and vying with each other, encouraged by the government officials with promises of impunity and hope of plunder.” So “there has been no exaggeration in the worst accounts of the horrors of Armenia” and “a writer with the vivid imagination of Dumas and knowledge of evil that Zola possesses” could not attain a full description. Religious persecution was also in play.

In the Ottoman empire, Christians and Jews had no legal rights, and no recourse in the Islamic court system, which allowed the rape and abduction of Armenian women. Armenians were not allowed to own weapons, forced to pay special taxes, and had to be deferential to Turks in public. Balakian includes a letter from a pious Turkish soldier, explaining “we have killed 1,200 Armenians, all of them as food for the dogs” and “we made war on the Armenian unbelievers.”

In 1894, headlines in the New York Times included: “The Worst was Not Told, The Armenian Atrocities, Eight Thousand Butchered,” “The Horrors of the Armenian Massacres Only Just Beginning to be Realized by the World,” “Denying Armenian Atrocities,” and “Turkey’s Reply Defiant.” On September 10, 1895, the Times headline read “Another Armenian Holocaust,” and the article described the murder of 5,000 Armenians.

As Balakian notes, by the end of 1896 some 100,000 had been killed outright and 100,000 others died of disease and famine. The response in America and Europe was the first international human rights movement, with Protestant missionaries playing a key role in rescue and relief efforts. The killing, however, continued under the Young Turk movement, the Committee of Union and Progress (CUP), which provided little place for non-Muslim communities. In 1909, the Turks massacred 2,000 Armenians in Adana. In World War I, the Ottomans allied with Germany and the declaration of war was accompanied by a declaration of jihad throughout the empire. U.S. ambassador Henry Morgenthau believed this would lead to genocide against the Armenians. It did, and Balakian notes strong parallels between Turkey during the war and National Socialist Germany.

The Association for the Promotion of Turkish Strength, for example, recalled the Hitlerjugend. Goebbels wanted Judenrein, a nation without Jews, and for his part, CUP propagandist Ziya Gokalp charged that Turkey could only be revitalized by getting rid of non-Muslims. German National Socialists depicted Jews as a harmful bacillus, and in similar style the Turks saw Armenians as an infection. Prominent physician Mahmed Reshid called Armenians “dangerous microbes” and doctors Behaeddin Shakir and Mahmed Nazim, both CUP leaders, called Armenians “tubercular microbes” infecting the state.

The Burning Tigris charts how the Ottomans introduced railway transport of civilian populations as part of their extermination plan, cramming 90 into cattle cars with a capacity of 36. The campaign was systematic, mechanized, and bureaucratic. The CUP created a hierarchical administration to carry out the killing of Armenians, later echoed in the Nazi bureaucracy and Einsatzgruppen killing squads. Balakian cites a German Colonel Stange who saw that the Turks “killed without exception all Armenians” of one convoy. The British obtained a Turkish document calling on troops to “exterminate all males under 50.” On April 24, 1915, the CUP sought to wipe out Armenian cultural leadership, targeting artists, musicians, and intellectuals.

As in 1894-96, the killing campaigns of WWI were carefully documented by educated, professional observers such as Leslie Davis, the American consul in Harput. Davis chronicled the killing at Lake Goeljuk, where corpses filled ravines, women were mutilated, and infants dashed on the rocks in front of their mothers. As Davis observed, because Muslims considered clothes taken from a dead body to be defiled, the Turks forced Armenians to strip before killing them. In Aleppo, American consul Jesse Jackson wrote that Armenian women were raped and driven into harems. So many Armenians perished that the dead bodies touched off a plague.

By Balakian’s count, the genocide claimed between 1.2 and 1.3 million, but some historians put the figure at 1.5 million during the span from 1915 to 1922. The story practically vanished after the Russian Revolution, with Armenia a wholly-owned subsidiary of the Soviet Union, but some had not forgotten. In 1932 German writer Franz Werfel, published The Forty Days of Musa Dagh, a novel about Armenian resistance to Turkish invasion of their town. The Nazis banned the book and Werfel, a Jew, had to flee the country. MGM bought the rights to Werfel’s book, but in 1934 Turkish ambassador Munir Ertegun told the U.S. State Department that Turkey would consider the film a hostile act. Incredibly enough, the State Department prevailed on MGM to drop the project.

In 1939, Hitler said: “Who today, after all, speaks of the annihilation of the Armenians?” Not many at the time, but the truth could not be contained. As Deutsche Welle observed, nearly 30 countries have formally recognized the massacres as genocide.  On June 2, 2016, Germany officially recognized the Armenian genocide. Turkish president Erdogan denounced the vote and recalled his ambassador. Turkish Prime Minister Binali Yildirim said there was “no shameful incident in our past that would make us bow our heads.” That was entirely predictable. As The Burning Tigris notes, Sultan Abdul Hamid II  denied the massacres of 1894-96, and this has been the policy of every successive Turkish regime.

Unlike Germany, France and other countries, the United States government has avoided using the term genocide in regard to the Armenians. Turkey wields more influence in the USA than Armenia, and has endowed various chairs at American universities. Ambassador Munir Ertegun’s son, Atlantic Records mogul Ahmet Ertegun, matched Turkish government funding to Princeton for genocide denier Heath Lowry. The old-line establishment media, meanwhile, attempts to be fair and balanced, but is hardly fearless regarding the facts of the Armenian genocide. 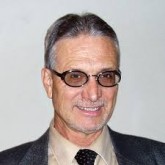 Lloyd Billingsley is an American writer and political commentator. He is the author, among other books, of Hollywood Party: Stalinist Adventures in the American Movie Industry, and Bill of Writes: Dispatches from the Political Correctness Battlefield.