Menu
Home
2016
July
24
The Region
Turkey After the Coup

Turkey After the Coup 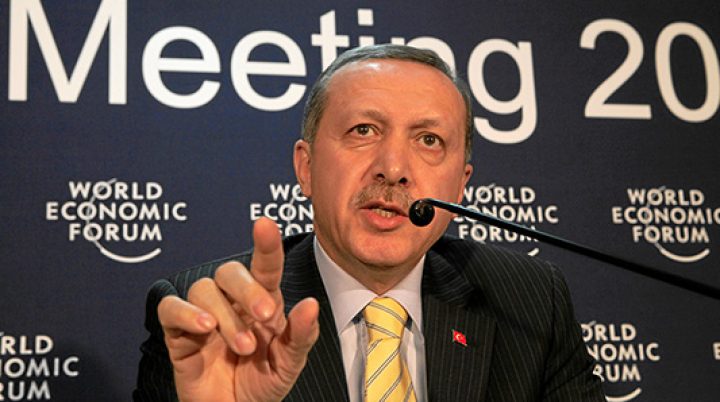 A week after the putative military coup failed to remove Erdogan from power, it has become clear that Erdogan himself has mounted a hugely successful coup to turn Turkey into an Islamic dictatorship with himself as the dictator with unlimited power. From what has already been revealed, we know that Erdogan’s carefully planned effort to seize all power predated the military conspiracy by weeks if not months and that he knew of the coming putsch well before it started. While much of the details are yet to be established, the audacity of Erdogan’s power grab is truly astounding. So far he has arrested or dismissed some 100,000 state officials, including nearly 3000 judges, one third of all Turkish generals, 21,000 teachers, 1500 college deans, 40000 police officers and countless others. And if that is not enough, he has now imposed emergency rule that allows him to suspend all constitutional guarantees, ‘temporarily’ suspended the European Convention on Human Rights and promised to reintroduce the death penalty for suspected coup participants.

What is already beyond doubt is that the brutal repression Erdogan is planning has not been seen in Europe since Stalin’s times. Indeed, the only historical precedent for the massive witch hunt planned is Stalin’s initiation of the Great Terror after the assassination of Leningrad party boss, Sergei Kirov in 1934. Known collectively as “Kirov’s Assassins,” Stalin’s victims executed in that deadly purge included 93 of 139 central committee members, 81 of 103 Soviet generals and roughly a third of all communist party members. Eventually, 20 million Soviet citizens were thrown into Stalin’s extermination machine known as the GULAG. As with “Kirov’s Assassins,” Erdogan needed a plausible pretext to mount his power grab. He found it in blaming his fellow-Islamist and erstwhile ally Fethullah Gulen. Plausible perhaps to people unfamiliar with Turkish politics, but hardly convincing to those following the turgid world of Turkish Islamism. For the military, who are constitutionally obligated to defend the secular values of Attaturk’s Turkey, have always been the main enemy of Gulen’s fanatic followers. Indeed, it was Gulen supporters infiltrated in the Turkish justice system and investigative organs acting in close cahoots with Erdogan, who were instrumental in throwing in jail on completely made-up charges several hundred of the top brass in two “terrorist” conspiracies known as Ergenekon and Balyoz. The bogus conspiracies eventually fizzled out because the government failed to produce any credible evidence and the generals were released and completely exonerated in 2014. At that time, Erdogan meekly suggested that he “had been misled” by the Gulenists. To believe that these same people have now been transformed into Gulen’s pawns defies logic, even if he had an occasional supporter in the military.

More telling was the reaction of the West to the putative coup. Both the EU and the USA promptly condemned it and expressed their support for Turkey’s “democratic institution.” What nobody bothered to mention was that these democratic institutions had long ceased to exist under Erdogan. There have been neither freedom of speech nor freedom of the press or the rule of law in Turkey for many years now. Instead, what exists is a government-legitimated lawlessness, most recently demonstrated by the lifting of the parliamentary immunity of opposition deputies. Erdogan’s claims are so far-fetched and unconvincing that some of his lieutenants have now started accusing the United States of being behind the putsch.

All of this demonstrates that Erdogan fully intends to carry out his power grab even at the cost of executing thousands and weakening his military and state administration dramatically. The key question is what happens after that. And here things do not look good for the arrogant Islamist. His main problem is that his success so far has depended on a functioning economy, which, in turn, depends on the steady flow of Western capital to plug the gaping hole of the country’s trade imbalance. Turkey currently needs $550 million per day of foreign funds to make ends meet and Erdogan’s brutal actions are already making sure that these funds will not be forthcoming. Already, Ankara’s credit rating has been downgraded to near junk, the lira has plummeted, the key tourist industry is in tatters and capital flight has started in earnest. There is the additional problem of who will replace the tens of thousands of state officials dismissed. There is only one pool available to Erdogan and that is the million-strong army of Imam-Hatip religious students who are more devout than literate. Further, instituting the death penalty not only means the end of Turkey’s dreams of ever joining the EU, but will represent a serious political decoupling from the West, which will gradually transform Turkey into yet another failed Middle Eastern dictatorship.

With Erdogan driving his country into the precipice slowly but surely, the meek Western response to date is exactly the wrong approach if we want Turkey to return to its secular and democratic roots. Instead, the Islamists in power in Ankara must be told in no uncertain terms that the road they have embarked on leads nowhere. It will ultimately endanger the two most fundamental achievements of Turkey’s foreign policy that distinguish it from its Middle Eastern neighbors – NATO membership and customs union with the EU. Erdogan must know that neither one is written in concrete but depends on Turkey being a member of the community of Western democratic nations. NATO membership according to its charter, for instance, is predicated on the “principles of democracy, individual liberty and the rule of law,” while customs union with Europe depends on shared values. Erdogan must be told that!