The intersystem agreements and the Trans-Balkan pipeline – a game change 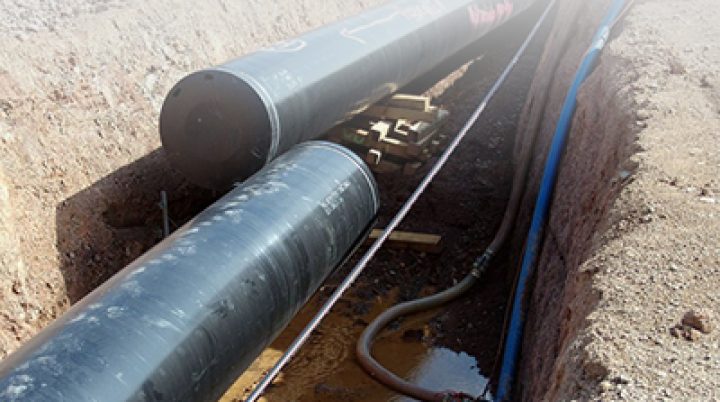 The diversification of gas routes and supplies in South East Europe has long been considered a mission impossible. Gazprom as the undisputed market maker successfully diffused all EU and US backed attempts to bring competition in routes and supplies to the region. Russia’s most visible success story was the demise of the Nabucco project. Alternative gas supplies to the CEE gas market from the SEE and vice versa, including Ukraine, were off the cards. Until this year.

Slowly unfolding events over the past several years ultimately brought a game change with the removal of critical barriers to the full integration of the gas systems of Greece, Bulgaria, Romania and Ukraine. Within a matter of few weeks in June and July the respective TSOs signed intersystem agreements, clearing the road to reverse flows and virtual trade with significant strategic short and long term repercussions.

Although the agreements will be effective October 1st onwards test shipments will follow, both to allow for real time netting and balancing checks, and to help both operators and shippers understand the virtual trade potential, including cost implications, at different system entry and exit points.

Traders could in theory consider LNG imports at the Revithoussa terminal near Athens and buyers in Ukraine and Central Europe. The stumbling blocks, including the Siderokastro-Kulata border connection, were dealt with and reverse flow option opened, albeit at a modest 3 million cubic meters per day.

There are many factors that contributed to this dramatic change – among them the recent visit to the region of Commissioner Vestager that conditioned the reactions of the TOS within the framework of the ongoing investigations against them for reluctance to open national gas systems to alternative supplies and suppliers.

The two transit contracts on different lines of the Trans-Balkan Pipeline — one with Bulgaria’s Bulgargas and the other with Gazexport, for the Romanian segment — expire at the end of 2016, freeing up capacity to new players.

Thе three TSOs plus DESFA in Greece should henceforth be able to offer fixed and interruptible forward flow capacity and interruptible flow capacity in reverse mode from entry to exit in most essential points of CEE’s gas system. The importance of such a deal can hardly be overestimated in view of the almost instantaneous availability and the capacity of the pipeline – over 20 billion cubic meters. With at least 5 billion cubic meters freed for new shippers – the Trans-Balkan Pipeline (TBP) could be further expanded with a synergizing and multiplier effect at different entry and exit points, adding to the real integration of gas markets along the North-South and Southern Gas Corridor.

Such developments are not only likely to boost competition and liquidity into the last segment of the EU gas market that has so far remained isolated from the boon of global gas glut, but are also likely to tilt geopolitical equilibria in the region away from Russia and Gazprom.

The TBP would link the two largest gas markets in the region – Ukraine and Turkey – adding to the market dynamics and the business rationale for forward and reverse gas trade by new national and traditional global players.

The new intersystem agreements should agitate trade with transport and storage capacity and could lead to competitive transportation services being offered to upstream companies that are expected to kick off gas production in the offshore areas of  the Black sea in Romania, Ukraine, Turkey and Bulgaria.

Gazprom’s persistent attempts to marginalize the TBP and the transit countries resulted in a substantial drop in transited gas over the past 13 years increasing motivation to seek alternative use for the idling capacity. Since the first line of the Blue stream went online in 2003 shipments dropped to under 14 bcm per year, with Gazexport offering transit services to other international majors, while breaking down its main contract with the Turkish Botas into smaller contracts with many private importers.

The prospect of a complete halt of Russian gas transit through Ukraine made forecasts for TBP capacity load up ever gloomier. Gazprom did not waste time in playing its strong hand talking of restarting the Turkish or the South stream. This invited an equally strong reaction as the EC and the governments of Greece, Bulgaria, Romania and Ukraine had no choice but to move on and integrate their gas systems.

With the TBP acting as a true gas highway for the SEE and CEE region – the transit countries will have less to fear and potentially more to gain. While focusing for too long on Turkey and bullying SEE countries with a carrot and stick energy diplomacy, Moscow overlooked the potential for alternative use of existing infrastructure in the region.

The Trans-Balkan Pipeline with its nominal and potential pass through capacity, as well as its strategic location, rates exceptionally well against other gas infrastructure in the South Corridor including the TAP and the interconnectors. It is well amortized, yet maintained and transportation costs should, ceteris paribus, be lower than new Gazprom conspired bypass infrastructure crossing the Black sea, that needs to accommodate higher capex.

While interconnectors in the region undoubtedly contribute to higher security of the regional energy system by balancing forward and reverse gas flows, they do not have the strategic bonus that the opening of the TBP brings to the EU energy markets. It marginalizes Gazprom’s strong arm tactics in dealing with the TSOs and most importantly allows northbound gas to flow into Gazprom’s backyard – the CEE market. The end result will be enhanced competition, greater liquidity and lower gas prices for CEE customers.

The EC and US both played a pivotal role in encouraging system operators in the region to accommodate a sense of expediency, after years of abuse of Gazprom’s dominant position.

The TBP’s opening should add credence to a additional capacity demand in associated infrastructure, such as the LNG terminals in Turkey and Greece, the interconnector Greece-Bulgaria for Caspian, Middle East and East Med gas and storage facilities, encouraging investments and boosting asset value.

The news about the intersystem agreements come at an important junction for the developers of the critical IGB pipeline, that are about to launch the guidelines for binding phase capacity booking phase. This interconnector company has been entangled in a turf conflict between Gazprom’s plan to use the IGB for Russian gas in reverse mode and then onwards to Italy (the revisited Poseidon case) – that formed the gist of the tripartite MoU between Gazprom and the shareholders in the IGB – the Greek DEPA and the Italian Edison, on one side and the EU and US vision of the interconnector acting as anchor route for Caspian gas and Southern Corridor gas to the CEE region, on the other.

The opening up of the Trans-Balkan pipeline beefs up the chances that companies that have expressed interest in the preliminary phase of the IGB market test could place bids in the binding phase.

It is all too early to ascertain that all hurdles have been removed and market conditions are in place – including capacity trading platforms, capacity release mechanisms and offering are still in a dormant phase. Different TSOs operate under different tariff regimes – entry-exit or postmark. Companies still need quotas to export gas from Ukraine.

EU gas traders have not been overly enthused with the policies of the Ukrainian government with regard to tariff costs and ease of accessing Ukrtransgaz’s storage and transport infrastructure in trade with Slovakia (Budince), Hungary and Poland.

Similar export restrictions exist in Romania. Lack of bundled tariffs makes transportation costs prohibitive for gas that enters the regional system from the South until it reaches clients in Ukraine and the CEE market. Gazprom still enjoys privileged tariffs under long term agreements with buyers and TSOs, most of them sealed with intergovernmental agreements that are difficult to terminate.

Yet the train has left the station.

CEE clients already have access to the global LNG market via the new terminal at Swinoujscie in Poland. Integrating existing and building new terminals in Greece, Turkey and Croatia will provide enough entry points for global LNG or pipeline gas from the Caspian, the Middle East and the East Med in a compelling business case for the North-South Gas Corridor in the CEE.

The Trans-Balkan Pipeline could provide immediate access at competitive costs while Gazprom’s “stream” projects need years and billions to build, as well as a constellation of unaccounted for favorable factors – most beyond the Kremlin’s control.

Even if Russia moves to speed up execution of the Turkish Stream project in order to dry up transit via Ukraine and force the TBP to idle, it will not take long before new players take up the released capacity and start shipping gas north and south.

The opportunities with regard to the Trans-Balkan Pipeline’s capacity are relatively immune to events in Turkey. Although the TBP brings Russian Gas into the European part of Turkey, the IGB and the interconnectors provide shippers with a bypass in the event of negative developments in the country.

History has been made. And few noticed.