Menu
Home
2016
September
7
The Region
For He is the Most High, the Supreme

For He is the Most High, the Supreme 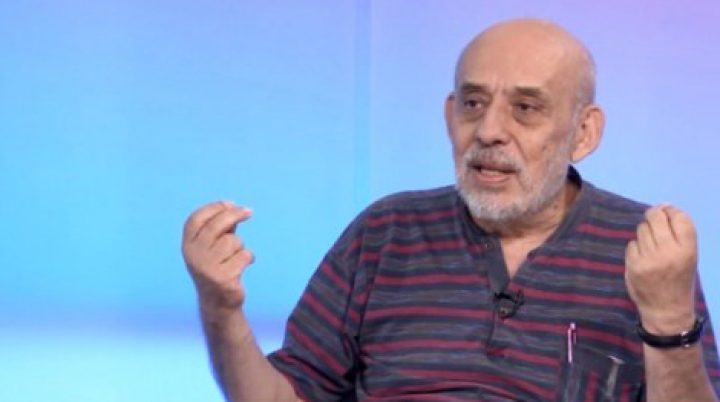 “Human mercy requires that we are

merciless to those who have no mercy.”

Johannes Becher, The Power of Poetry

It goes without saying that the most serious war waged against the Islamic state hordes is not by the West, much less by Russia or Iraq and Assad. The ones putting in the most serious fighting are the Kurds. As for the Euro-Atlantic community, its operations can, without prejudice, only be qualified as symbolic. This war is not a war of air aces; it cannot be won by air – neither with bombers, nor with fighters nor cruise missiles. American and European military strategists are fully aware of this. If they had the power to decide, their tanks would have destroyed ISIS completely a long time ago.

However, as is the situation in any democratic system, the generals do not make political decisions – generals only execute the orders of politicians. Were you to ask me, the US and Western European politicians have every reason to eliminate ISIS once and for all and as soon as possible. If they proceed with it, they will not only spare themselves fair criticisms for not contributing enough to the resolution of the humanitarian crisis in which ISIS aggression threw the Middle East; if they do proceed, they will also stop the refugee flows into Europe and put a stop or at least limit significantly, the terrorist wave in pretty much the entire Occident. Sadly, Washington and Brussels clearly do not think so. Moreover, the West is not ready to provide even the supplies for the soldiers already in the Middle East who day after day shed their blood to defend not their own rights and freedoms only but the rights and freedoms of us all. This is the state of play as since the beginning of the new millennium terrorism ceased to be confined to individual isolated attacks. Terrorism has become an organized World War; a subversive guerrilla war rendering helpless regular Western armies, armed for other purposes and trained to participate in other types of conflicts. Everything indicates that the only move the West can make to effectively resolve the matter is local intervention on the ground. Strategically speaking, such a radical solution would cost fewer casualties and would result in lasting and stable peace which, for the capitalist West, is not without significance hence in perspective fewer financial resources will be required. If the Pentagon and NATO do not see these very visible realities, it is not because they are stupid, not because there is a deficit of clever politicians and commanders – the reason is more in the mindset of the Free World, in its coward’s progeny. It is the reason why, despite its undoubted technological and military superiority, the free world more than once in recent history has shown its inability to cope with international extremism. It is what enabled both communism and Nazism to become a global threat, conquering and ruling entire peoples with fire and sword and leading our millennial civilization to the brink of survival. It has happened and continues to happen before our eyes today because democratic Western governments are not the creation of freedom-loving individualists and social romantics but the product of neighborhood grocers. Neighborhood grocers have elected politicians and to justify the trust of their electorate, the elected must protect its neighborhood parochialism, philistine coziness and daily routines. The parochialism in question is owned by politicians as well, as when there is free choice, the voter chooses one of their own. So both electorate and elite defend each other’s ease of life at any cost, including the cost of the suppression of human rights which in the value chain of philistines are a far lesser priority than their well-being. The lofty ideals of liberty, fraternity and equality are confined to the national anthem whilst the focus of everyday life is the mundane. It is all about the small and medium bourgeoisie, so plausibly portrayed by Balzac, Maupassant, Chekhov and Dickens; that bourgeoisie which in Ionesco’s words has an inherent and indomitable suicide instinct.

The proof of how alert and vital this instinct is echoes in the words of one of the commanders of the Kurdish troops fighting against ISIS hordes. In an interview broadcast on Bulgarian television, the general said verbatim: “The assistance we have received from the US, is worth less than the cost of a Hollywood movie. “The resulting assumption is that for Americans, and I would add for all Western Europeans, Hollywood movies (or more accurately a single Hollywood movie) are more important than the human rights of millions of disenfranchised people in the Middle east and the lives of thousands of innocent victims. It is more important than their own security even, as fanatics are adamantly descending upon the lands of the Occident. I personally am addicted to classic cinema on a par with classical literature. I have laughed and cried watching countless Hollywood films that are an organic part of our culture, building blocks of our entire civilization. If I must, however, make my civilizational choice, constructed with the help of such masterpieces, it would be to suffer the loss of the entire resource of Hollywood, if by this I could save the head of just one child from the sword of a fanatical murderer. In one of his novels Dostoyevsky says that if the ticket to paradise is worth a single child’s tear, he would return the ticket. It seems to me that within our Christian civilization (if it vows to be Christian, not only in name but also in spiritual content) this is the only acceptable choice as Dostoevsky also assures (The Idiot) that compassion is the most important, perhaps the only law of human existence. If we follow this law, we will have the moral solace of watching beheadings only in Hollywood movie scenes and not in documentary footage … 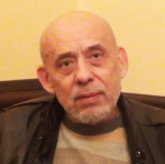 Dimitar Bochev is a Bulgarian writer, political emigrant to Germany and a longtime contributor to Radio Free Europe. He is the author of the recently published “Disagree Words,” and other books.