Menu
Home
2016
October
3
The Region
What is Putin’s goal in the Syrian war? Will Aleppo become a second Grozny?

What is Putin’s goal in the Syrian war? Will Aleppo become a second Grozny? 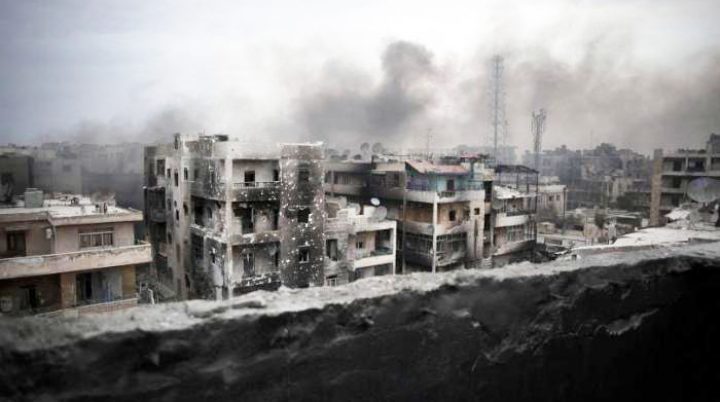 US-Russian disagreements are not the only reason for the failure of the discussions on the Syrian crisis at the Security Council and within the International Syria Support Group, held in New York during the United Nations September session. Apart from these disagreements the conflict is complicated by the huge differences in the positions and behavior of local, regional and international forces which are involved one way or another. Accordingly, there are discrepancies in the practical steps and priorities included in their policies. As for the Russian-American contradictions, they have strategic military and political dimensions as they reflect well-established stereotypes in assessing the opponent. Washington considers Russia a regional, not a great power and emphatically places it in the hostile camp. For its part Moscow sees itself as a great power and accuses Washington of being the culprit for all its troubles, as well as for the domestic and regional problems it is facing. Russia feels threatened by the deployment of missile defenses in Eastern Europe, Turkey and South Korea, as well as by NATO forces coming closer to its western borders. Furthermore, Moscow is accusing Washington of interfering in its internal affairs by supporting America for the Russian Opposition and NGOs, as well as the incitement of “color revolutions” in Eastern Europe and riots in the context of the “Arab Spring”. These different interpretations are reflected in the “agreement” between the two countries reached in early September; while Washington sees it as a tactical tool to de-escalate confrontation in several key positions in Syria with a view to the gradual calming of the situation in the country and thus creating conditions for transition to a future governance model, Moscow sees the agreed positions on the strategic transactions as strengthening the position of Russia as a great power and equal partner within the international system. The joint initiative, however, ran into allegations by Washington that it had lost confidence in Moscow while Russia expressed its dissatisfaction with the constantly changing demands of the US – statements condemning the agreement to failure. The US air raid on Syrian positions in the city of Deir ez-Zor is evidence of the Pentagon rejecting the agreement and any military partnership with Russia. Russia and the Syrian regime, for their part, allegedly responded by shelling a convoy with humanitarian aid near Aleppo. It’s no secret that the US administration is split regarding the Syrian crisis. Obama and some of his advisers are supporters of cooperation with Moscow to achieve a solution, while the Pentagon rejects that idea because of lack of trust in Russia’s motives.

Moreover, the two countries have different views on the future policy of the country. While Washington would like to see real political transition, meeting the aspirations of the opposition and the Syrian people as a whole, Moscow supports the regime and its efforts for cosmetic changes by including representatives of the opposition in the government. There is also an alternative that Iran seeks which foresees the creation of an ultimately “Useful Syria”, including the western parts of the country.

The two different approaches are confirmed by the way in which they qualify the Geneva agreement between Kerry and Lavrov. For the US it represents “arrangements for joint action” while Moscow qualifies it as an “agreement”. The latest escalation of hostilities as well as the Russian Air Force bombings of Aleppo, described by the US as “barbaric” aim at putting pressure on Washington to adopt the Russian vision of an “agreement” in place. This pressure seeks to put Washington and its Syrian and Arab allies in a position of moral disadvantage by giving priority to the so-called “fight against terrorism”. For example, Russia’s Permanent Representative to the UN said it was impossible to achieve peace before defeating terrorists. Moreover, Moscow considers terrorists to be all those fighting against the regime. Therefore, Russia insists on the United Nations expanding the list of terrorist organizations by including large groups of resistance such as Ahrar al-Sham, and Jaysh al-Islam. At the same time, Moscow is ignoring the role of the Shiite militias that Iran has deployed in Syria to fight on the side of the regime (in the words of the Iranian Foreign Minister, this is a sovereign decision of independent Syria). On the other hand, the Supreme Committee for negotiations formed by Syrian opposition announced on September 7th in London and on September 20th in New York that it will adhere to the vision of the transitional period laid down in the Geneva 1 communique and to decisions 2218 and 2254 of the Security Council. This position contrasts with the wishes of Moscow, but does not have US support. According to Kerry, the position of the Supreme Committee for negotiations worsens the chances of an agreement with the Russians. It’s about the withdrawal from power by Assad and his inner circle as a precondition for the start of negotiations, which Lavrov described as a violation of international law. This position of the resistance is supported by European countries – France, Germany, Britain and Italy as well as by Arab countries such as Saudi Arabia, Qatar, UAE and Jordan, as well as Turkey. Mentioning the latter, however, we should note that it seems that an agreement was reached between Erdogan and Putin, providing for Russia to crush resistance in Aleppo in exchange for Moscow’s consent for Ankara special forces to liquidate the threat of emergence of a Kurdish canton in northern Syria, near Turkish borders.

Syrian opposition, represented by the Riyadh-backed Higher Committee for negotiations, stated that the world became convinced of the impossibility of reaching a solution in Syria, not only while Assad and his entourage remain in power, but while they remain on Syrian land. Therefore, any political solution should include the condition of the departure of Assad and his associates who committed crimes against the Syrian people, as a precondition for the start of the transitional period. For its part, the UN envoy Staffan De Mistura told the Security Council at its meeting of 21 September that the solution to the Syrian problem requires “power being shared and a phased and genuine power devolution exercised during transition in an agreed manner, in accordance with good governance principles, and subject to domestic and international guarantees”. A comprehensive solution of the conflict according to Mr. de Mistura, also called for “the creation of collective transitional bodies to oversee a national ceasefire, humanitarian relief and the creation of a calm, neutral environment to enable free peaceful political activity to occur in relation to the adoption of a new constitution”. Ultimately, he suggested the holding of free and fair elections under international supervision. These is the general state of things which require further clarification and discussion. In particular, there is the need to define the content of the transitional period and the formation of an interim government with the full competence of the executive. Instead, however, the term “delegation” is proposed which for some means ceding of power to the interim government, while others see it as providing only part of the powers of that government with the main levers of power remaining in the hands of the current government. Another controversial point is that the establishment of the interim government will require the consent of both the regime and the opposition, which in practice would mean giving the regime the right of veto, which in practice will torpedo the political transition.

All this reinforces the belief that this vision coincides with the position of the regime and its allies, and contradicts the ideas of the opposition set out in the transition platform, not to mention a collision with the decisions of the international community and in particular with the Geneva 1communique and decision 2254 of the Security Council. As stated by the Deputy Secretary of the State Department Tony Blinken, currently there are three possible solutions to end the civil war in Syria. The first is the defeat of one of the two warring parties. The trouble is that whenever the Assad regime is threatened with failure, Russia and Iran come to his rescue. The same goes for the opposition – whenever its positions are shaken, regional and other external forces rush to help. The second way is to continue the war for over 10 years until complete exhaustion of the participating sides. We are in the sixth year of this sad decade. The third solution is the performance of crucial military or political interference in the Syrian crisis. Of course, the United States would not intervene militarily, and therefore they have directed their efforts towards a political solution. But as already mentioned, this solution becomes impossible with the deepening US-Russian disagreements on the one hand, and the gap separating their positions with those of regional powers on the other. Ignoring the interests of such regional powers as well as the fact that at the bottom of the crisis is the popular rebellion against a dictatorial regime, could have serious negative consequences.

The battle for Aleppo will determine the future not only of Syria but of the whole region. The formation of two coalitions – that of Russia, Iran and its allies, on the one hand and that of the US and its allies on the other, will lead to perpetuation of the war. For the Syrian people this will mean more destruction, death and refugees. In this regard it is important to recall the words of the head of the CIA, John Brennan stated this week in an interview with CNN that when we look at all the conflict zones in which the United States, Russia and China, i.e. the world’s great powers, participate or support either side, we cannot help worrying that such a situation would lead to increased tensions, which can be difficult to manage. In his words, over the last 20-30 years these great forces have endeavored to reduce this tension. Whether it comes to Ukraine, Syria or North Korea or the South China Sea or Iran, we must be aware that each of these crises can escalate out of control. 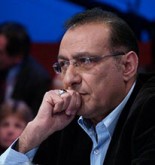 Mohamed Khalaf is a Bulgarian journalist of Arab descent who is among the best Arabic analysts in Bulgaria.