Russia’s Comeback to the Middle East 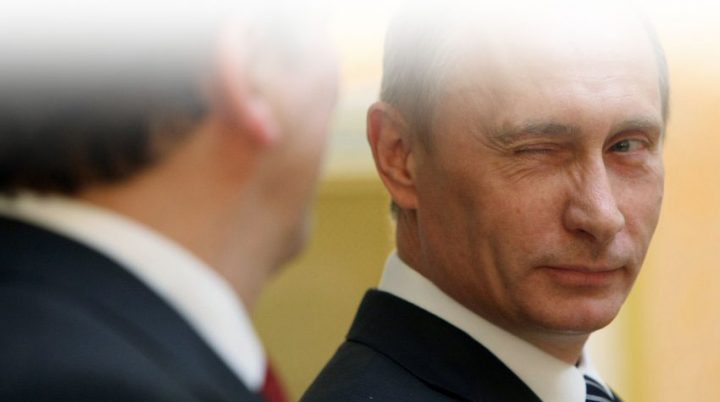 A little more than a year since the start of the Russian military operation in Syria, events seem to be stacking up exactly the way Putin and his team want them to.  The U.S. accepts Russia as an interlocutor, though probably not as an equal, which is what Moscow would wish.  The regime of Bashar al-Assad, which was on the verge of collapse in the middle of 2015, has consolidated its control over large swathes of “useful Syria” and now seems poised, with the help of allies such as Iran and Hezbollah, to take over the besieged Eastern Aleppo.  The advance of Arab Spring has been reversed, with the military coup in Egypt in July 2013 as a turning point.  After a short-lived tussle following the Su-24M downing, Turkey has tilted back to Russia. Short of a large-scale U.S. push in Syria, which is not likely at the moment, the situation on the ground will develop in favour of Assad and the Kremlin. By the time a new administration takes power in Washington D.C., Russia will have created a series of faits accomplis which will have to be reflected in a grand bargain over Syria.

How did Russia reinsert itself into the politics of the region? This is a story that goes back a decade of more. By the time Vladimir Putin wrapped up his first presidential term in 2004, it was clear that Russia was back, having scaled down its presence since the 1970s and especially after the Soviet collapse in 1991.  Even prior to Putin’s rise, Yevgeny Primakov, serving foreign minister and for brief spell as prime minister in 1996-98, posited ties with Iran, Iraq and Syria as an instrument to balance the U.S. with a view of promoting a “multi-polar world”.  Back then, Russia, enfeebled by a weak economy and dysfunctional politics, did not have the resources to carry through this vision. Yet, with Putin at the helm, it was in a much better position to exploit opportunities.

In contrast to the Soviet period, the strength of Russia’s policy has always been the absence of ideological constraints. In other words, Moscow could strike deals with a number of players in the Middle East and North Africa, including former Cold War adversaries. Russia cooperated with Syria, Iran and Hezbollah but also with Israel and the 8 March Coalition in Lebanon pushing for the withdrawal of Syrian troops; it could talk to both old friends from Al Fatah and to Hamas; reached out to conservative monarchies of the Gulf while strengthening links with the Islamic Republic. In 2007, Putin became the first Russian leader to journey to Saudi Arabia, a country viewed with much suspicion because of the strong link to radical Islamists in Chechnya, Dagestan and other parts of Russia. Later that year, he was in Tehran too, the first such visit since Stalin’s conference with Roosevelt and Churchill in 1943.  There could be no doubt that Russia was back.

Saudi King Abdullah made an unprecedented visit to Moscow the same year, while Russia joined OIC in 2005. At a summit of the Organization of Islamic Conference (OIC) in 2003, Putin declared the Russian Federation to be a “Muslim power” — on account of 15% share of Muslims amongst its citizens.[i]   Relations with the Saudis’ archrival Iran were on an upward trajectory since the late Soviet period. As early as 1996, Foreign Minister Ali Akbar Velayeti declared that Iran and Russia enjoyed their best relations in a hundred years.[ii] Economic, social, cultural links with traditional U.S. allies such as Israel and Turkey were thriving too, despite clashing views on a number of political and security issues, from Hezbollah to Caspian oil and gas.

Russia has focused on its commercial interests, in fields as energy and arms sales. From the early 1990s, Iran went on purchasing large amount of Russia weapons too, while Syria’s orders shot up sixfold from 2007 to 2011.[iii] Large oil and gas firms such as Gazprom and LUKoil profited as well.  Iraq assigned Russian entities, including the Orthodox Church, about 30% of the vouchers under the UN “Oil for Food” programme.[iv] Moscow’s energy business found a niche in post-Saddam Iraq, including in the Kurdish north. Putin’s visit to Tripoli in 2008 was followed by large-scale infrastructure and oil extraction contracts awarded to companies such as Russian Railways, GazpromNeft and Tatneft.  Defence contracts with Libya were valued at some $4 bn, putting it on the same level as Syria, the other top client of for Russia’s arms industry. Between 2005 and 2012, the Middle East governments bought $8.2 bn worth of Russian-made weapons, or 14.3% of the total, making the region Russia’s second most significant market after Asia.[v]

Competition with the U.S., particularly after the Iraq invasion and the 2003-5 wave of colour revolutions in Georgia, Ukraine and Kyrgyzstan, has always topped the list of Russian strategic goals.  The Kremlin sees the Arab Spring as an extension of America’s grand plan to promote democracy worldwide. The intervention in Libya (which Russia implicitly supporting by abstaining in the vote on the UN Security Council Resolution 1973 from March 17, 2011, authorising a no-fly zone), the popular revolt against Assad’s regime and the Maidan in Kyiv all form part of a conspiracy to incite regime change, which also played out in the demonstrations in Moscow and St. Petersburg in 2011-12 spurred by the rigged Duma elections.  In short, Putin views the pushback against the U.S., whether in the “near abroad” or in other regions, not simply as a question of securing Russia’s status as a great power but also as central to his regime’s survival.

It should be noted that Russia rarely let Middle Eastern politics hijack its relations with the West. For instance, it abstained when the UN Security Council voted for the establishment of a special tribunal to investigate the murder of Lebanese Prime Minister Rafiq Hariri. Having called on Bashar al-Assad to withdraw from Lebanon in 2005, Russia did not block Resolution 1757 (2007) sponsored by Western powers. In much the same way, Moscow threaded cautiously on the Iranian nuclear issue. On the one hand, Moscow engaged with civilian projects such as the Bushehr Nuclear Power Plant coming onstream in 2011, having been build by Rosatom. On the other, in June 2010, it supported the international sanctions triggered by Tehran’s unwillingness to open its facilities to inspections. The prospect of a nuclear-armed Iran is viewed with concern in Moscow, albeit much less so compared to the views within the U.S.  Russia has balanced between Iran and Israel, assuring the latter that advanced weapons’ systems will not find their way into the hands of Hezbollah.

However, the war in Syria has brought Russia and Iran closer together.  On August 16, the Defence Ministry in Moscow announced that Russian Tu-22M3 long-range bombers and Su-34 tactical bombers had carried out strikes from the Hamadan Airbase against targets in the Aleppo, Deir ez-Zor and Idlib governorates.  This represented the first time a foreign military had operated out of Iran since the 1979 Islamic Revolution.  In October 2015, the Russian navy launched Kalibr missiles against Syrian militias from the Caspian Sea.  In the summer of 2016, Iran deployed S-300 surface-to-air missile complexes supplied by Russia. Though the contract had been signed in 2007, President Dmitry Medvedev had cancelled the sale three year later. But its completion signals the extent of rapprochement between Moscow and Tehran.

In conclusion, Russia is now firmly embedded into the politics of the Middle East.  Its military resources might be stretched to their limit, in the sense that there is no scope for further escalation beyond the 4000-strong contingent in Syria, but the political and diplomatic effects are more than clear.  The incoming U.S. president would need to think deep and hard how to best respond to Russia’s push.  Obama’s approach of sit-and-wait, betting on a scenario where Moscow gets bogged down in Syria, does not work. Neither does the one advocated by State Secretary John Kerry, focusing on diplomatic engagement.  In the final analysis, crisis diplomacy is effective only if backed by military force.  That of course is easier said that done, given the anti-interventionist mood inside the U.S. and the facts of the ground created by Russia (e.g. the deployment of S-300 and S-400 missile systems creating an anti-access/area denial bubble). Time will tell.

[v] Samuel Charap, Is Russia and Outside Power in the Gulf, in Toby Dodge and Emile Hokayem (eds.) Middle Eastern Security, the US Pivot and the Rise of ISIS, London: IISS, p. 192. 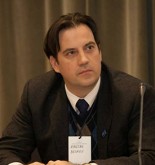 Dr Dimitar Bechev is the director of the European Policy Institute, a think-tank based in Sofia, as well as a visiting scholar at the Center for European Studies, Harvard University. He has written extensively on EU foreign relations, the politics of Turkey, Russia and the Balkans. His forthcoming book Rival Power explores Russia’s presence and influence in Southeast Europe.