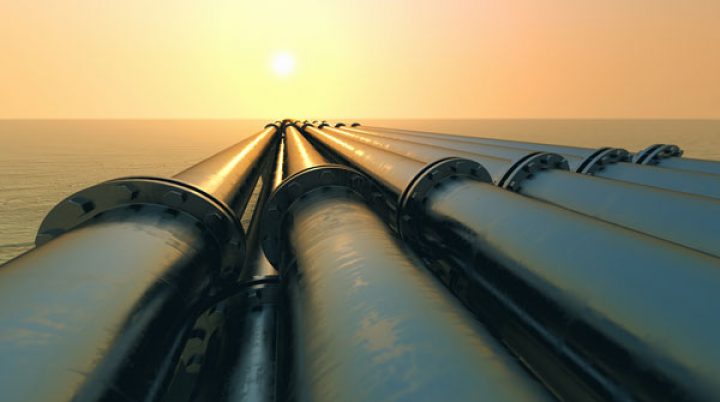 President Erdogan’s radical departure from previous policy lines toward the Kurdish minority and its political representatives in the Turkish Parliament could derail Turkey’s ambitious plans to act as a crucial energy hub for gas and oil flows destined to the EU and global market.

He is not only fighting the PKK but all Kurds, as HDP co-leader Selahattin Demirtaş was arrested along with at least 11 MPs in a marked escalation of the post-coup crackdown.

Intensification of the government’s war against Kurds in the southeastern region of the country might spell the end of a risk-free environment for all major transit projects passing through Turkey — both existing and planned.

A sequence of bombs blasts — the last one two weeks ago on the gas line from Iran, which was reportedly carried out by the PKK — might signal a new spiral of uncertainty. This in turn could undermine all the progress and challenge the core operational functionality of critical infrastructure along the Southern Gas Corridor both in Turkey and the region. Most interconnectors and transit system expansion projects hinge on uninterruptible gas flows coming through Turkey, both from Iran, Iraq and Georgia — the Baku-Tbilisi-Erzerum pipeline — and East Med gas being safely transited and bound to Europe.

Worth noting is that due to dramatic shifts in global gas trade all large-scale gas infrastructure projects, like TANAP ($ 9.7 Billion), have experienced rising problems to secure sufficient funding from the capital markets. Both TANAP and TAP developers have been left with no option but to recourse to the World bank, the EBRD and the EIB. The WB has several times this year postponed approval of funding for both the Azeri and the Turkish part of TANAP. The latest deadline for approval of a $400 million loan for TANAP is currently scheduled for the end of November.

The EBRD in turn has pledged to extend 500,000 euros of its own money, plus syndicate another 1 billion euros for TAP.

Adding vulnerability and greater security risks could imply the need for more corporate and even sovereign guarantees along all Southern Gas corridors, which could lead to further delays and trigger a knock-on, negative chain reaction.

All basic assumptions on the feasibility of the main project of bringing Shah Deniz-2 gas to Europe at a total cost of $ 45 billion could be dramatically challenged.

Pipelines have been considered legitimate war targets by the PKK as they inflict substantial reputational damage to the ability of the Turkish government to guarantee the free and uninterrupted passage of hydrocarbon molecules through its territory. Re-laying pipes underground as a countermeasure would not solve much as dedicated attacks would not be hampered.

After the collapse of the truce between the PKK and Erdogan in July 2015, a sequence of bomb attacks followed in the next month targeting key transit infrastructure — the line from Iran via Azerbaijan and the oil pipeline from northern Iraq to Ceyhan. As if not to leave the government and the international public guessing the real intentions and capabilities of the PKK, an attack was launched against a train carrying pipes for the TANAP pipeline.

The likelihood of further aggravation of relations between President Erdogan and the different representatives of the Kurdish people could lead to higher risk premiums on borrowed capital, delays and finally cost overruns.

The PKK and more importantly the HDP are forced into confrontation with the ruling party, whose representatives are direct beneficiaries in most of the transit infrastructure projects.

Plans to bring 16 bcm/yr from Azerbaijan, 10 bcm/yr from Iraqi Kurdistan and up to 10 bcm/yr until 2020 from Iran, as well as far more ambitious plans beyond that year, including gas from Israel, will be significantly jeopardized should PKK attacks proliferate.

Negative outlooks on Turkey’s future as the region’s gas hub with President Erdogan’s seemingly obsessive pursuit of extra-presidential powers and dedication to destroying all perceived strongholds of his archenemies – from Gulenists to the Kurds – are becoming baseline assumptions for what the future spells for Turkey.

This warrants a fresh look into existing and possible alternative routes or a search for plan B solutions.

Shah Deniz-2 gas could revisit projects to ship gas to Europe via LNG terminals in Georgia and regasification units in Ukraine, Bulgaria and Romania. Technological advances and cost reductions could significantly improve the economics of Black Sea-borne gas transit.

President Erdogan’s ‘success’ in making new enemies could put on hold plans for seabed gas pipelines from the Eastern Mediterranean, diverting flows to alternative projects in Greece or LNG terminals in Egypt and Cyprus.

Higher risk profiles of transit projects in Turkey could also lead to reconsideration of gas supply options for traders in Southeast Europe via TAP, the interconnectors and along all northbound transit routes to Central and Eastern Europe, which have been relying so far on gas exiting Turkey.

LNG terminals in Greece would be given a boost. Moreover, that access to the global LNG market is essential for the region to keep competitive pressure on monopoly supplies from Russia.

It is not only the direct threat to the physical integrity of the gas pipes, but the underlying loss of confidence in the basic assumptions on the development of the second and third phase of Shah Deniz, as well as other gas fields in the Azeri offshore zone. Without certainty that gas produced in the Caspian will be able to safely reach target markets in Italy or CEE, few if any would dare risk investing in upstream and midstream projects, dependent on transit through politically uncertain and risky Turkey.

Worst of all, Erdogan has effectively handed over Russia and Gazprom a trump card — with Moscow having virtually unfettered influence over the Kurds in the region — that could be played at any given moment to frustrate investors and traders reliant on Turkey’s vulnerable transit infrastructure.

So far President Erdogan has ignored red lights in dealing with the Kurds, but risking the future of key infrastructure projects in Turkey might be too big a gamble, ultimately leading to his ousting from power.