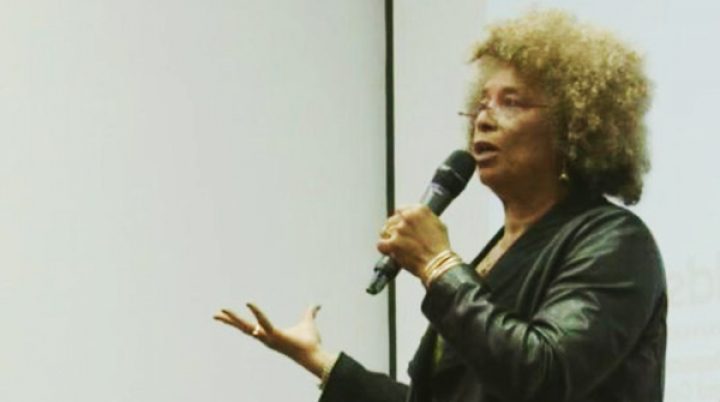 In Bulgaria, across Europe, and around the world, the victory last November of wealthy real-estate developer Donald Trump over America’s former First Lady and Secretary of State Hillary Clinton left many observers puzzled. So did the events in Washington DC on January 21, the day after President Trump’s inauguration, when thousands of protesters descended on Washington. As with the election, America’s old-line establishment media got it wrong, even though background information was readily available.

One of the keynote speakers was Angela Davis, an African American feminist with a long history of speeches before presidential elections. Few in the raucous crowd knew anything of Davis’ affection for all-white, all-male Communist dictatorships.

In 1980, Angela Davis was the vice-presidential candidate of the Communist Party USA, a wholly-owned subsidiary of the USSR. Davis occupied the bottom of the ticket under Gus Hall, the white old-line Stalinist, born in 1910, who had been the CPUSA presidential candidate in 1972 and 1976. In 1980 the Communists thought Angela Davis might boost their chances, but Ronald Reagan and George Bush trounced the opposition. For the Communists, it was a particularly bitter defeat.

Ronald Reagan was the first union leader to become president of the United States, and as head of the Screen Actors Guild, Reagan had led the charge against the Communist Party  campaign to capture the American film industry. In that cause, Reagan teamed with fellow New Deal Democrat Roy Brewer to run the CPUSA out of town. That’s why Angela Davis and other Communists maintained such a sulfuric hatred for the man.

Davis and Hall teamed up again in 1984, when Communist proxy forces were on the march in Central America and Africa. As the world knows, Reagan and Bush trounced them again in another landslide. Reagan disagreed with the views of president Gerald Ford, who proclaimed “there is no Soviet domination of Eastern Europe.” Reagan believed the Soviets did dominate Eastern Europe, and in Berlin in 1987 he challenged Mikhail Gorbachev to “tear down this wall.”

Angela Davis thought the Berlin Wall was a good thing and never expressed the slightest criticism of any Communist regime, dictator, or Communist revolutionary movement. If she disagreed with anything Stalin said did, it has not emerged. On the other hand, Davis confirmed George Orwell’s observation in Animal Farm that “rats are comrades” by aiding violent criminals such as George Jackson, charged with the death of a prison guard.

In August of 1970 Angela Davis supplied the firearms for a courthouse attack that killed judge Harold Haley. Davis fled the bloody scene but was arrested in New York. At her 1972 trial more than 20 witnesses implicated her in the plot to free Jackson, but she gained acquittal. That made her a national figure and helped launch her political career.

In 1979, the Soviet Union gave Angela Davis the International Lenin Peace Prize, which she accepted with great joy. In similar style, African American actor-singer Paul Robeson accepted the Stalin Peace Prize in 1952. The award-winning Davis proved a flop with voters, but her Communist Party candidacy and violent past proved no object to a faculty position at the University of California at Santa Cruz, where she taught the “history of consciousness,” and feminism.

America’s old-line establishment media, referred to Angela Davis as an “activist,” and of course a “progressive,” a special kind of person. Progressives have somehow escaped the false consciousness that smothers ordinary workers, who stubbornly cling to their religion and their guns. Progressives also claim special knowledge of the future, and in their vision it looks like the brand of Soviet Americastan the most recent president of the United States was trying to achieve.

His designated successor was former First Lady Hillary Clinton, whom the president proclaimed the most qualified candidate in history. Voters didn’t think so and, against all odds, they elected Donald J. Trump president. This was not the outcome progressives wanted.

Russia’s Vladimir Putin, the KGB veteran with extraordinary powers. That conspiracy theory, plus voter recounts and pressure on the Electoral College, failed to reverse the election in favor of Hillary Clinton, who once worked for Stalinist attorney Robert Treuhaft, head of the Communist Party in California.

On January 20, Donald Trump was duly inaugurated as 45th president of the United States. The next day, the pink-capped progressive masses descended on Washington, and Angela Davis attempted to explain what had happened.

“We represent the powerful forces of change that are determined to prevent the dying cultures of racism, hetero-patriarchy from rising again,” Davis told the cheering crowds. Likewise, Davis had a lot to say about the evils of America but did not tout her International Lenin Peace Prize, her Communist Party candidacy for vice-president in 1980 and 1984, and her undying support for all-white, all-male Communist dictatorships.

In Bulgaria, across Europe and around the world, people should understand that this is all a matter of record. As Angela Davis herself said on January 21, “history cannot be deleted like web pages.”

Lloyd Billingsley is the author of Barack ‘em Up: A Literary Investigation, and Hollywood Party: Stalinist Adventures in the American Movie Industry.

Lloyd Billingsley is an American writer and political commentator. He is the author, among other books, of Hollywood Party: Stalinist Adventures in the American Movie Industry, and Bill of Writes: Dispatches from the Political Correctness Battlefield.