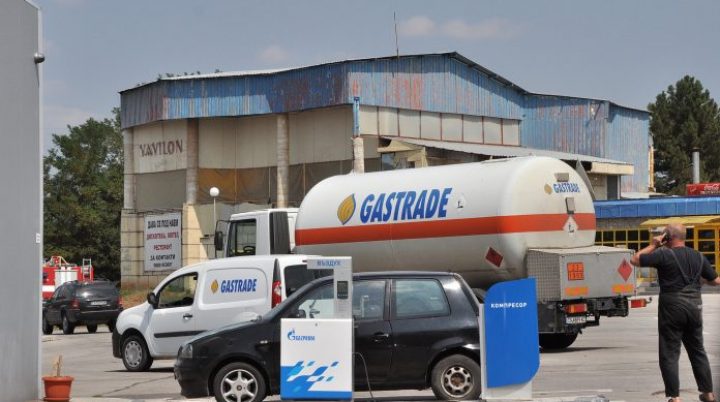 The unusually cold winter renewed the dispute on the real accomplishments in energy security and diversification of routes and sources of natural gas. However, the energy system’s shortfalls exhibited during sustained high demand levels require a deeper analysis than the usual blend of suppliers’ blues and consumer grievances.  The same adage applies to the interconnectors that should have already brought alternative gas supplies to southeastern European customers – enhancing resilience of gas and energy markets to abrupt shock curves.

Experts’ talk hovers around Gazprom’s evolving strategy, adapting to EC policies, using bilateral levers and price dumping, and the impact of inter-governmental agreements that underwrite its supply and transit contracts in CEE countries.

Whereas Romania, Greece and Turkey have already diversified supply sources, including indigenous gas production and flexible imports, Bulgaria stands out as a Stockholm syndrome struck client – that seems neither willing nor capable of breaking the mold of the single source, single route dependency.

The national gas trader Bulgargas, being almost 100 percent dependent on imports of Russian gas, acts more like a local rep office of Gazprom than a fully-fledged independent gas trader. It lacks both a diversified commodity portfolio and an upstream or downstream asset base. Its management seems perfectly at ease replicating a decades-old tradition of automatic renewal of contracts for Russian gas. The company has been hesitant to engage in modest attempts to diversify supplies within the confines of the gas contract with Gazprom. Bulgargas shies away even from risk-free experiments with short term gas swaps with national gas companies in neighboring countries, which are trivial for balancing a gas system.

Working with the Russian gas monopoly has translated into a copycat Bulgarian gas monopoly. Bulgargas has failed to spread its operations abroad and widen the range of its gas-based value chain in gas-based power and heat generation.

With the expiration of the current gas supply contract with Gazexport after 2020 and the contract with the Shah Deniz–2 consortium coming into force in 2019, Bulgargas must opt for either reducing Gazprom’s share in its gas imports or seek alternative off-takers for the surplus gas that it could end up with.

The much-touted option of LNG or TAP based reverse flows or swaps via the Siderokastro – Kulata border interconnector, has proven bloated.

At the time of peak demand in December 2016 and January 2017, when the interconnector’s capacity should have offered niches to new entrants to supply gas on spot and on short-term basis, its total capacity turned out to be off access to shippers due to Gazexport’s overriding fixed forward capacity engagement for priority deliveries to its main Greek partner – DEPA.

Using interconnectors for meeting off-peak demand with forward or reverse flows, under fixed or interruptible capacity booking, could have still made sense in the event of sufficient gas storage capacity available on a short or mid-term basis.  However, the UGS in Chiren, Northwest Bulgaria, has been almost fully booked for use by Bulgargas. The UGS upgrade project, which intended to bring the capacity to over 1 bcm, has been lingering on for over ten years.

If traders are not able to access gas transport infrastructure, moreover, when the only product offered is interruptible short-term capacity, then the appeal of cross border trade and interconnectors would be limited by default.

In the interim, Gazprom succeeded in adapting its tactics to reality, returning to the classics – if you can’t beat them, join them. Instead of trying to persuade the European Commission that bilateral agreements are the key to Europe’s energy security dilemmas, it has focused on accessing the free capacity in transit infrastructure at market terms, relying on low occupancy rates and critical dependence of developers on take-up and revenues. Gazexport has declared its commitment to book any unused capacity in the Southern Corridor, and more precisely in the Trans-Adriatic Pipeline, with further guarantees for take-up of future capacity after upgrades.

Enjoying an exclusive status and access to both the off and onshore segments of Turkish Stream until the Turkish-Greek border, Gazprom would be spared the nuisance of competition on Turkish territory. It would then benefit from free market access in the unused capacity segment of TAP, which is at least 40 percent at present. Henceforth, the TAP capacity which has been one of the beacons of EU diversification efforts would be successfully used by Gazprom in its Ukraine bypass strategy, while dominating supplies along the Southern Gas Corridor.

Such a scenario would undermine the European Commission’s efforts to keep Gazprom in check through exemptions in the TAP pipeline and the IGB interconnector. The whole concept behind the Southern Gas corridor as the main supply avenue for competing with Gazprom Caspian, Middle Eastern and East Mediterranean gas, would be compromised. This direct collision could have unforeseen long-term consequences for the development of Caspian gas fields – as Gazprom could easily dump prices to stifle production.

The Russian gas monopoly might take further steps to block entry of LNG supplies into the SEE region. It is cajoling the Copelouzos group – long-time partners in the gas trading company Prometheus Gas, who are currently developing the Alexandroupolis FSRU via their daughter company Gastrade.

Gasprom could pursue a two-tier policy – on one side, delay the project as long as possible, or when this is no other possible option, book the bulk of the terminal’s capacity for Gazprom’s own LNG supplies.

The Russian gas monopoly is also addressing a potentially negative impact scenario for itself, following the decision of the EC to engage and fund in part the interconnector between Greece and Bulgaria. It has offered two of its main shareholders lucrative deals with competing interest in reviving the Poseidon line to Italy.

The tight jacket of the “Gazprom’s interests first” policy and the lack of equal footing for diversification routes and projects, as pursued by the Bulgarian national gas companies, leaves them with bare hands to respond to abrupt changes in the gas market. This is evidenced by Bulgargas’s demand for a shocking 32% price increase in the regulated gas price from April 1st onwards.

Whereas the operator of the gas system, Bulgartransgaz, has resorted to open tenders for the purchase of gas and is auctioning all capacity products via an open trading platform, its sister company Bulgargas is continuing to buy gas without even contemplating competitive tenders for the supply of gas, thus denying itself the role and the benefits of an arbiter and allowing for a much more flexible, multiple sourced domestic gas balancing.

It would have been perfectly conceivable that the Bulgarian state gas company, as well as some traders in the SEE market, could have hedged against sudden price hikes, by buying 40 percent cheaper gas last summer, then storing it either in Bulgaria or elsewhere and selling when Gazprom prices are high. Even with added storage costs and price premium accounting for the cost of storage, this would made commercial sense, benefiting the energy security of the country. Stuck with its long-term oil indexed gas pricing, Bulgargas is unable to profit from potentially lower short-term spot prices in the closest European hubs, despite the 6 to 9 month lag and the window in the referenced oil price. Instead of traders competing to offer the full range of instruments to hedge against high oil and consequently gas prices, the regulator has few options to soften the impact on consumers.

Ultimately consumers have no option but to accept prices that are market based. They are nominally considered fair when prices reflect free and untampered interplay of competing market players. The lack of spot and short-term markets, including LNG and alternative supplies, limits the options for balancing peak demands at a lesser cost to the client. This is preordained by the lack of sufficient gas liquidity and free transport capacity at the entry/exit points of the Bulgarian gas system with Greece and Romania.

It is time to look beyond the legacy of Gazprom-dominated trade and the archaic system of public supplier of last resort, opening and liberalizing the gas market in the region.