Is the Iranian Revolutionary Guard Corps a Terrorist Organization?

The question as to whether the Iranian Revolutionary Guard Corps (IRGC) is a terrorist organization is being discussed at length in the public domain. Analysts became interested in the problem after President Trump recently stated that he was giving consideration as to whether to propose that the IRGC is added to the list of recognized terrorist organizations by the United States. For this to happen there must be clear evidence of terrorist activities performed by the organization in other countries. Meanwhile, experts are divided in their assessment of whether it would have positive consequences, if it were to happen.

Some of the main issues that engage public opinion are: What is the Revolutionary Guard Corps? In what military operations have its members and leaders been involved? Is there any reason to assume that they have carried out terrorist acts in the region of the Middle East? If Iran is interfering in the internal affairs of other countries in the region, does it infringe the balance of power in the region in favor of the Islamic Republic?

The Iran Revolutionary Guard Corps was created by Ayatollah Ruhollah Khomeini soon after the revolution of 1979 and the overthrow of the Shah in Iran. According to research experts from leading centers such as Carnegie[1], Council on Foreign Affairs[2] and Global Security[3], the organization now numbers between 100,000 and 150,000 guardsmen. It is a separate structural unit of the Iranian army (numbering approximately 350,000 itself), and is under the direct command of the Supreme Leader, currently and for life that is Ayatollah Ali Khamenei. The initial goal of IRGC was to defend the Islamic republic from internal and external enemies, but today the Revolutionary Guard Corps has a strong influence in almost every aspect of Iranian society. It has its own economic program and owns enterprises whose capital was estimated at $12 billion in 2007 by Los Angeles Times.

The Revolutionary Guard Corps is directly responsible for Iran’s missile program and probably has access to the country’s nuclear program. Many senior members of the IRGC are given political posts, such as the former Prime Minister for two terms Mahmoud Ahmadinejad. These politicians are traditionally perceived by Iranian society as highly conservative or presenting extreme and negative viewpoints, mainly in respect of the relations between Iran and the United States.

The Al-Quds unit, numbering 10-15,000 people, is in charge of the activities of the organization outside the country. Its leader is General Qasem Soleimani who is very famous throughout the Middle East. Most often the media describe the General as the secret leader of almost all military actions in the region and they follow his movements on the battlefields of Iraq, Syria and even in Iraqi Kurdistan. There the General was spotted at a time when Iranians were helping the Kurds from the autonomous region to defend themselves against the Islamic State fighters who were pressing on them in 2014. He was referred to as “the Shadow Commander” in the title of an article in the New Yorker magazine in March 2015

After the departure of US troops from Iraq, instructors from the Revolutionary Guard Corps of Iran organized volunteer units of local Shiites. Today these teams are already officially recognized as part of the national army of Iraq by an Act of Parliament from July 28, 2016 at a cost to the country of about a billion dollars from the budget.

The formation of these troops was not the doing of the state of Iraq but of the Republican Guards of Iran. Later on, under the name Hashd al-Shaabi, an umbrella organization, major factions were united, such as the mobilization squads Badr, the military units under the command of Muqtada al-Sadr and other big formations like Kata’ib Hezbollah, but also with many other smaller military units, numbering about 40. The commander of the Badr squads, Abu Mahdi al-Muhandis, for example is Qasem Soleimani’s right hand and does not hide his affiliation from the public.

The above facts show that all these fighters are being trained and instructed by the Iranian government. Enrollment in these squads has been growing after the supreme Ayatollah of Iraq – Ali al-Sistani – issued a fatwa in June 2014. According to experts, about 80% of the male population of Shiite origin have enrolled following the appeal of the ayatollah, as well as a large number of Afghans and Pakistani Shiites. Many hope that after the completion of hostilities, the ayatollah will issue another fatwa, this time for the dissolution of the troops.

Shiite fighters became notorious for their cruelty to the local Sunni population in the capture of Fallujah back from ISIS, as well as in other cities of Anbar province, mostly populated by Sunni Arabs. Therefore, there is much concern that they might behave similarly at the Conquest of Mosul from the Islamic State jihadists. The mainly Sunni population of the city fears that it may suffer from the Shiite revenge. Therefore, the decision of the command was that the volunteer mobilization squads do not enter the town. Similar concerns were expressed by President Erdogan of Turkey when discussing the question of which forces would enter Tel Afar in the late fall of last year, a town of mainly ethnic Turkmen population. The answer by the supporters of the troops Hashd al-Shaabi was that they had some Sunnis in their ranks, but their numbers were negligible, compared to those of Shiite militants.

According to existing definitions of terrorism, insofar as the volunteer squads were for years formed, trained and funded by Iran, it certainly gives cause to define instructors of the Revolutionary Guard Corps as conducting unlawful activities and interfering in the internal affairs of sovereign states.

Arab states in the region were recently united in the view that Iran carries out unlawful activities in other countries and threatens the balance of power in the region. At the conference in Munich about a week ago, the Turkish foreign minister, Mevlut Cavusoglu, accused Iran of fomenting sectarian wars. The specific reason for this statement is Iran’s interference in the war in Syria. In addition to weapons and goods carried by sea and air, Iran organizes volunteer teams, directly involved in hostilities against the rebels in Syria.

According to a report titled “How Iran fuels Syria war”, published on the National Council of Resistance of Iran (NCRI) website[4], the number of Iranian mercenaries in Syria amounts to 55,000, with Iraqi troops with about 10 units and a total of  20,000 fighters plus fighters from Afghanistan of between 15,000 and 20,000. Hezbollah in Lebanon accounts for between 7,000 and 10,000 volunteers, fighters from Pakistan – between 5,000 and 7 000. In addition to those, there are between 8,000 and 10,000 soldiers of the IRGC in Syria. Payment of mercenaries is cited as 1,550 dollars a month by the same source, whose author is a professor at Harvard University.

The fact that Iraqi Shia troops are enrolled and trained by the Revolutionary Guard Corps and fight alongside the Syrian army of Bashar al-Assad was confirmed in a report by the Institute for the Study of War titled “The Iranian strategy in Syria”[5].

According to other sources, apart from payment in cash, militants of Afghani and Pakistani origin are given rights to passports and residence in the Islamic Republic for their participation in the hostilities. The headquarters of Iranian divisions in Syria is located near the airport in Damascus and is housed in the so-called Glass house. It is believed that it employs top military men from the Revolutionary Guard Corps of Iran. There are researchers who argue that attacks by rebels are warded off thanks to the fighters sponsored by Iran and that after the intervention of the Russian air force, the government of Bashar al-Assad prevails[6].

Including the Revolutionary Guard Corps of Iran in the list of terrorist organizations will bring many economic sanctions against the organization and its related companies and enterprises. However, one of the major problems that can arise is relating to the attitude of volunteer mobilization detachments of the Iraqi army to American and Western military with whom they fought side by side as part of the coalition forces against ISIS.

[1] Renad Mansur –  From Militia to State Force: the Transformation of al-Hashd al-Shaabi, http://carnegie-mec.org/diwan/61986 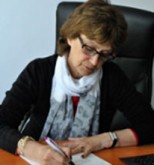