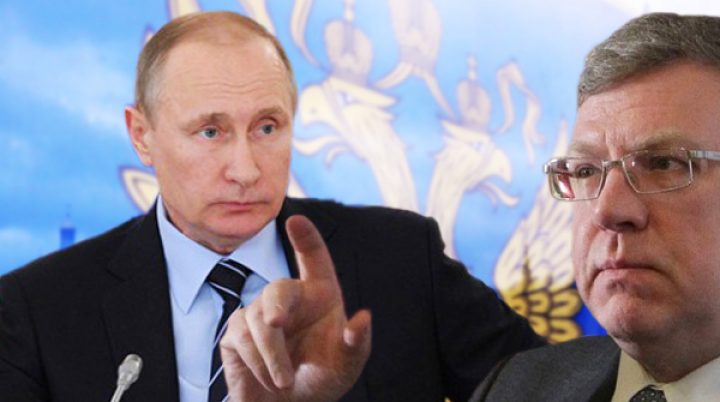 The US and EU sanctions talk has been trivialized and few politicians have ever bothered to study in greater depth their impact not only Russia, but on the EU and the rest of world affairs relating to Russia.

These days Alexei Kudrin, the former finance minister, who has the ear of President Putin and runs the Russian Center for Strategic Research, has come out with an unusually stark warning to the Russian elite and public in general – the sanctions will hit much harder and the impact on the country and the regime might be far more dramatic. Needless to say the latest US sanctions – under the “Countering America’s Adversaries Through Sanctions Act” (CAATSA) – differ significantly from their previous versions. They are a response to Russia’s meddling in US elections and are meant to inflict damage on the Russian ruling elite and change policies and leaders. The effect will span not only over Russia’s public finances and economic life, but could shatter to the core Putin’s ruling model of the power vertical. The US sends a simple message – Putin has crossed a red line by directly interfering in the US internal democratic process – and Russia will have to face the consequences. There is no room for negotiations.

The Russian political and business oligarchs and the men in power will have to either abandon their wealth in the West or abandon Putin.

According to Alexei Kudrin, the sanctions regime is “a completely new, qualitatively more rigid version”, as it does not only cover Russia, but Russian and partner companies across the globe that have business in the US or with US companies. The US is targeting the two sectors in the Russian economy that feed and guard Putin’s regime – the defense and intelligence complex and the oil and gas companies, as well as the security services, which are engaged in human rights violations and corruption.

The latest update of US sanctions will be introduced in three phases:

In the initial phase starting November 28, financing terms will be dramatically tightened. The term for foreign currency loans extended to Russian state banks will be slashed to 14 (!?) days, while Russian state corporations will have to cope with a two-month limit. This will leave room solely for short-term debt refinancing, barely enough to avoid defaults, while denying the chance for any public investments. The new US restrictions cover not only US banks and their affiliates abroad but third parties that transact with the US companies and institutions – henceforth making the outreach truly global. The sanctions’ interpretation and implementation are left at the discretion of the US Treasury and State Departments, with a substantial range of flexibility allowed for the two institutions to decide case by case.

Many companies are hiring lawyers and lobbyists in Washington to try to mitigate risks and mostly to pledge their case to the State and Treasury Departments, seeking waivers in whole or in part. The worst part is that without cast in stone rules and definitions everyone is left guessing, often factoring in the most pessimistic scenarios, denying themselves contracts and deals.  Uncertainty translates in self-restraint.

Following January 29, 2018, the ban on the provision of technologies for oil and gas extraction will be tightened, and sanctions will be imposed on 39 Russian government agencies, including the intelligence sector – the military intelligence GRU, the Federal security service (FSB) and the Foreign intelligence service (SVR), as well as the majority of defense industry majors (Kalashnikov, Almaz-Antei) and aircraft construction concerns (Tupolev, Sukhoi, MIG).

The beginning of the third stage will be set at the discretion of the White House. It includes a ban — subject to coordination with the allies — on investments in export pipeline projects in the Russian Federation (including Nord Stream 2, the Power of Siberia and Turkish Stream); expansion of sanctions lists for the heavy metals industry, Russian Railways (RZhD) and a ban on participation in privatization transactions, as well as new personal sanctions against the richest people in Russia.

Alexei Kudrin points to the fact that the US seeks to ban investments and transactions not only of US companies or their affiliated structures, but also “the companies of other countries”.

As a result, all transactions in hard currency might fall into the “high risk” toxic category, thereby leading to higher costs for foreign trade transactions of Russian companies. Shortage of hard currency might in turn force most Russian companies to trade in rubles, including with partners abroad that agree to transact in national currencies under bilateral intergovernmental agreements, which will further soar costs and risks.

On a cumulative basis the effect on the Russian economy could be devastating.

The ‘black’ list of oligarchs close to the Kremlin should be prepared by the US Treasury by February 2. The department will also report to Congress on the merits of a ban on investments in Russian government bonds.

Alan Kartashkin, partner of Debevoise & Plimpton LLP, explains the fundamental novelty of the new measures – the US government can punish any counterparty of a Russian company on the sanctions list whenever the deal is deemed ‘significant’. Although criteria for significance vary – $1 million to $10 million – depending of businesses, the final judgement is left with the US State Department. The range of punitive actions spans from restrictions on exports of goods from the United States to a ban on receiving any financial services in the US and on attracting funding from US banks and investors to the introduction of restrictions on real estate ownership in the United States; entry ban via visa denials; and restricted access to shareholding and management in US companies.

At the same time, once on the sanctioned list, it will be almost impossible to leave it or revoke the act as this would require a new bill and a full-fledged review and acceptance procedure through both chambers of Congress. President Trump is virtually ‘shackled’ – CAATSA enables Congress to block the president’s attempts to lift the sanctions or arbitrarily grant exemptions. The same terms applied in the Jackson-Vanik amendment, which was adopted at the peak of the Cold War in 1974, which basically froze trade between the US and the USSR. The amendment was abolished only after 38 years.

At the end of October, the US State Department and the Office of Foreign Assets Control of the US Treasury issued guidelines on implementation of the CAATSA of 2017, which accommodate concerns shared by US allies in Europe and elsewhere. These deal with the secondary sanctions regime for listed individuals (so called SDNs – specially designated nationals) and companies, when not under sectoral sanctions – e.g. oil and gas technology.

Under the released guidance, the specially designated sanctions on the pipelines will not include projects already in progress. Although direct effects on the subsea segments of Nord Stream and Turk Stream are unlikely, the sanctions, under most scenarios, could target the onshore sections and land routes.

The most afflictive part of the sanctions against Russia is the ban on investments in Russian public debt. If this part of the sanctions is adopted and applied, the flight of speculative capital from the ruble and federal sovereign bonds will begin, says Saxo Bank’s chief economist Steen Jakobsen.

“This step will hit the Russian economy more than all the previous sanctions combined,” he warns. In the last two years, non-residents invested $25 billion in Russian Federal Loan Bonds (OFZs), and this amount is “impressive”, but at the slightest perception of risk, the outflow will be “swift”, warns Jakobsen.

The effects of sanctions on Russia should be considered against a backlog of critically unfolding events in key countries in emerging markets, including Saudi Arabia and Venezuela, which might trigger a sell-off stampede and spillover for Russian bonds as well.