Russia’s hidden wars in the Southern Gas Corridor – is the IGB facing the fate of the Nabucco pipeline? – Part two 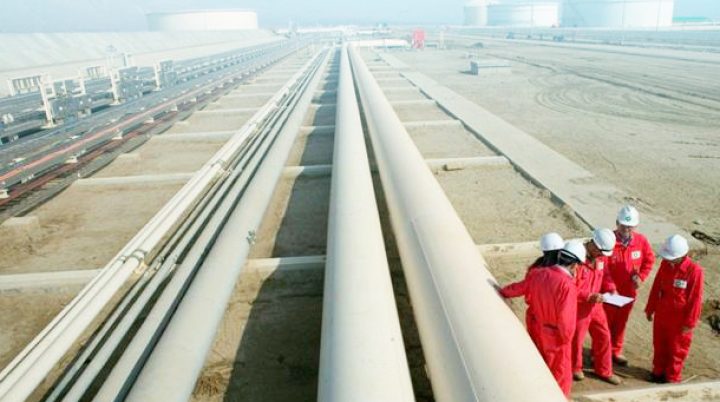 The Russian government can do little to undermine the competitiveness of alternative supplies along the Southern Gas Corridor. Moreover, the suppliers’ list is rapidly expanding with new gas fields in the Azeri offshore of the Caspian (Absheron and Shah Deniz 3), Turkmenistan (swaps already under way via Iran with Azerbaijan), Iran, Northern Iraq and the Eastern Mediterranean. All this clearly alludes to the feasibility of alternative gas exports via Greece and Bulgaria to the rest of the EU. Gazprom’s nightmares are just starting to mature as soaring production and transportation costs within Russia do not leave much room for further cost-cutting.

To block the development and export of Caspian gas, including via the Trans-Caspian pipeline, Moscow decided to relocate its flotilla from Astrakhan to Kaspiysk at the cost of nearly $1 billion. The only sensible explanation for engaging in such a costly adventure at a time of budgetary constraints and unstable oil and gas revenues is that Moscow seeks a first-strike capability in order to police the Caspian Sea and be able to hit targets in the Middle East.

One of the prime motives behind Russia’s strategy in the Middle East – including Syria, the rapprochement with Turkey and the growing military buildup in the Mediterranean, has been to control delivery routes for alternative gas supplies that might compete with Gazprom’s in Europe.

The geopolitical shadow of gas streams spreads over the whole region, including on newborn projects for capacity expansion and interconnectors. The infighting between the pro-Russian and pro-EU free-marketeers in Bulgaria mushroomed exponentially, epitomized in

The surge in activity from lobbyists close to Russia and Gazprom running in parallel to the extension of the Turkish stream into the EC is visible, culminating in the visits of the Bulgarian president and prime minister to Russia.

The background is simple – Moscow is under pressure to secure its market share both in Turkey and the region by blocking alternative gas access to the gas transport infrastructure. This entails use and even abuse of Gazprom’s incumbent role and holding back liberalization and diversification in Bulgaria for as long as possible.

Monetary stimuli for key members of the political elite are crucial as loyalty bred on talk of ‘fraternal’ ties, common history and orthodox religion is neither reliable nor enduring.

Ever since the ICGB tenders for owner-engineer, for pipes procurement and for EPC started to come on stream in late November 2017, attempts to block them have never ceased. The incurred delay approaches 5 months and the process is essentially stalled. Complaints and procedural administrative tricks, engaging expensive legal counsel and anonymous local companies with Euro 25 capital or in deep financial trouble are indicative for a common coordinating center. None of the plaintiffs have evinced any material interest in challenging the procedure, e.g. one of the first complaints came from a wine producer. The rest of the companies used to target the IGB have been in sleeping mode for the last few years, ready to serve a new purpose at first call. Taking such corporate entities to court for intentionally blocking projects and inflicting damage and losses worth hundreds of millions of euros is doomed as their liability is limited to the equity capital.

This is nothing new for Bulgarian business annals.

Worth recalling is a kinder experience with the Nabucco project – when

a member of the expert team on the environmental impact assessments study of South Stream filed a complaint with the Supreme Administration Court, blocking South Stream’s rival for months.

The Gazprom lobbyists seemed extremely anxious to impede the progress of competing infrastructure, then Nabucco, now the Interconnector Greece-Bulgaria that connects the Southern Gas Corridor with the markets in Central and Eastern Europe. The IGB is not only beyond Russia’s control but also delivers gas well into Bulgarian territory, directly into the national transit system, opening potentially unfettered access to regional infrastructure for physical and virtual gas.

The Bulgarian Government and the Bulgarian Parliament seem to be too slow to amend the current legislation and deny legal recourse to shady plaintiffs that offer proxy services in blocking essential infrastructure. The draft amendments are stalled in the commissions of Parliament, while trying to accommodate conflicting interests of lobbyist political and business groups linked to Gazprom and to Turkey – which both hope to reroute Azeri gas and SGC in reverse flows before entering Greece via the Trans-Balkans pipeline, helping Russian gas retain its monopoly status.

The IGB is a thorn in the heel for one more reason – the access it offers to the region to gas from the global LNG market, a threat that could be amplified in the event of an Alexandroupolis FLNG. US shale and Qatari gas could present a formidable challenge, undermining Gazprom’s regional market dominance.

Russia’s plan is simple – if proxies succeed in delaying the IGB project start to 2019, which is not unrealistic, the interconnector will implode, failing to meet contract terms for northbound gas via the TAP, forcing shippers to seek alternative delivery routes and clients – repeating the fate of the Nabucco gas pipeline.

The Shah Deniz – 2 gas’ final destination is Italy not Central Europe. And Nabucco is history.