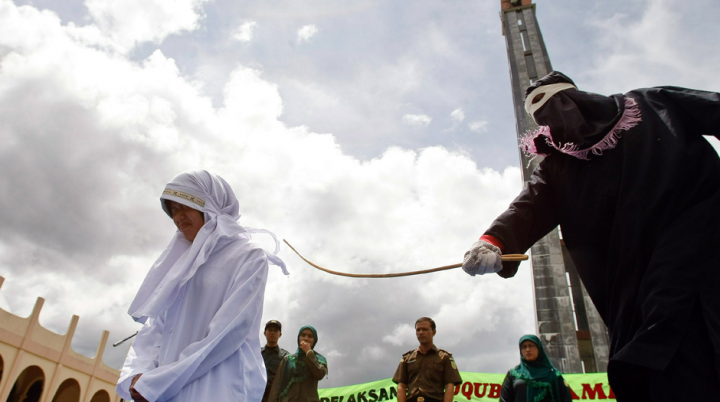 This is the second article on radical Islam in Bulgaria Analytica. It is based in part on Alex Alexiev, The Wages of Islamism: Radical Islam’s Threat to the West and the Muslim World, Hudson Institute, Washington D.C., 2011.

The emergence of Recep Tayyip Erdogan as the undisputed leader, some will say dictator, in Turkey after the last election has again brought into focus the nature of his belief system and specifically sharia – a doctrine he has on numerous occasions declared himself to be a proud “servant of.” To the extent that very few Muslims (and even fewer non-Muslims) know much about the subject, it is worthwhile sketching out what sharia is and what it is not. It is also important because it provides us with important clues as to what direction Turkish policy is likely to take in the future. For instance, Erdogan’s policies on interest rates, women, education etc. have so far followed the dicta of sharia faithfully.

In short, sharia is a doctrine that represents the most radical possible interpretation of Muslim scripture so as to make the current sharia-dominated Quranic exegesis little more than an exercise in medieval obscurantism. So how exactly did it come into being and what does it really mean?

The Arabic word ‘sharia’, meaning a trail or a path to water in the desert is mentioned only once in the Quran (Sura 45-18) in its original meaning (“And now we have set you on the right path.”) and has nothing to do with the concept of law. Indeed, contrary to what many Islamists have argued, the judicial system practiced by Mohammad and the first four caliphs after him was based on the ancient Arabic customary law (urf) and had nothing to do with what is known now as sharia. Sharia is thus man-made, post-Quranic and was invented by jurists in the 8th and 9th century to serve the purposes of the rapidly expanding Muslim empire under the Umayyads (661-750) and the Abbasids (750-1258). It was finally codified as ‘sharia law’ in the second and third century of Islam, followed by what came to be known as the “closing of the gates of ijtihad”  (or independent reasoning) in the tenth century, seen as politically dangerous to the progressively more oppressive Muslim regimes. Since then, authoritative sharia interpretation and Quranic exegesis have been dominated by the most dogmatic, literalist reading imaginable.

The actual practice of Muslim societies, however, has been considerably different, in that sharia law, despite regularly being paid lip service to, was seldom applied to governance, except as family law. Thus, the judicial system in the longest-lived Muslim state, the Ottoman Empire, was called ‘canun’ (from the Greek and Latin canon), an essentially non-religious corpus juris. Its progenitor, Mehmet II (1432-1481) understood early on that a judicial system that openly discriminated against non-Muslims, who were a majority of the population at the time, would be a disaster and steered clear of sharia.

So what does the sharia actually entail and how is it reconciled with the Quran? The short answer is that it is not and that it often directly contradicts the Quran. It further contradicts the fundamental tenets of Western human rights and the United Nations “Universal Declaration of Human Rights.”

Here are just some of the sharia tenets that run afoul of internationally recognized human rights:

A Muslim man cannot be condemned for the murder of an infidel.

A Muslim man can have four wives, a woman only one husband.

A Muslim man can marry non-Muslims, Muslim women may not.

A Muslim virgin cannot marry without the permission of a male guardian.

Muslims who leave Islam automatically get the death penalty. If they are not available for killing, their marriages are annulled, and they are denied inheritance.

Women inherit half of what a man does, and their testimony is worth half of that of a man in business transactions.

Judges in an Islamic state must be Muslims. A non-Muslim judge can abjudicate only to infidels.

A man can divorce his wife instantaneously; women must pay the husband to have the marriage dissolved, provided he agrees.

A Muslim man is allowed to beat his wife.

While these postulates clearly infringe on multiple human rights as currently understood, what’s even more important are sharia tenets that clash with religious freedom and interfaith coexistence and, in that way, directly affect the peaceful coexistence of the religions. Here are some of the most offensive postulates:

• Offensive, military jihad against non-Muslims is a religious and communal obligation.[1]

• Establishing the Muslim Caliphate is a religious obligation.[2]

• Apostasy from Islam is punished by death without trial.[3]

• Non-Muslim subjects of a Muslim state (dhimmi) are subject to discriminatory laws.[4]

• It is permissible to bribe non-Muslims to convert them to Islam.[5]

These few examples suffice to make it clear to what extent these sharia mandates diverge, often radically, from the Quran in a more militant direction. While the Quran postulates in numerous suras (verses) that jihad could be both a peaceful striving and a military campaign, the sharia dispenses with all the talk about non-violent pursuits and mandates offensive, violent campaign against infidels as the only religiously mandated form of jihad. Moreover, after abrogating the Meccan suras, sharia clearly approves of the use of force against non-Muslims not only in self-defense but in order to extend the sway of Islam. (The important subject of abrogation in the Quran will be dealt with in a separate article in this series). Infidels are left with only three choices according to sharia: converting to Islam, accepting a subjugated status (dhimma) or being killed. Thus, the argument of many sharia apologists that Islam does not practice compulsion in religion by referring to Sura 2-227 (“there is no compulsion in religion”) is disingenuous since this verse has clearly been abrogated according to most recognized sharia authorities.

It is also further a basic principle of sharia that Islam and unbelief cannot coexist in the long term – though temporary truces are permitted—and sooner or later the Muslims are required by all means available to incorporate the infidels’ “abode of war” (Dar ul-Harb) into the believers’ “abode of Islam” (Dar ul-Islam). Sharia permits the use of force and violence also against Muslims “whose conduct is deemed to be subversive of the Muslim community or detrimental to the interests of Islam.”

The sharia mandate to establish the Caliphate (a worldwide Islamic state) as a religious obligation of the community is an even better example of its divergence from the Quran, for the simple reason that neither the Quran nor the Sunna mention the Caliphate or the concept of a Muslim state at all. The concept of the Caliphate was introduced into the sharia by clerics serving the Umayyad regime, which needed religious sanction for its imperialistic pursuits.

In recent times, however, radical Islamists have seized on the idea of a Caliphate as a mobilizing factor and have made it a key, if millenarian, objective of their extremist ideology. Utopian though it may be, the idea of an Islamic state ruled by sharia in which a synthesis of state and religion (din wa dawla) would take place has become a powerful motivating symbol of the radical Islamist movement and must be ranked as one of the principle pillars of Islamist ideology at present.

Even the few examples of actual sharia mandates listed above should be enough to illuminate the extent to which practicing sharia is not only incompatible with the norms of Western civilization, but also conflicts with basic Quranic injunctions. Undoubtedly, its violent and uncompromising nature is the main reason why contemporary Islamist extremists have elevated it to a core doctrine of their ideology and made its wholesale implementation the number one objective of the radical Islamic movement.