An Audience of the Russian Patriarch Cyril at the Ecumenical Patriarchate 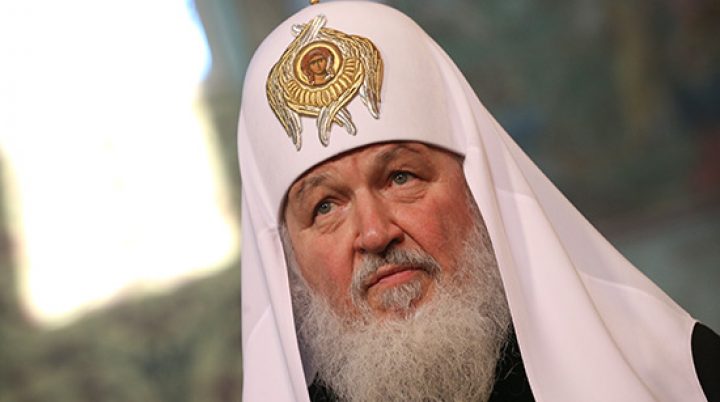 When, not so long ago, I was invited to comment on the political dimensions of ecclesiastical affairs, I was not inclined to think of such relationships as particularly important. It has been my belief, until recently, that the Church has no place in politics and vice versa. However it has turned out that with the latest developments in the Orthodox world, this relationship cannot be so easily overlooked.

A week ago, it was announced that the Russian Patriarch, His Holiness Cyril, had asked His All Holiness Ecumenical Patriarch Bartholomew for an audience on August 31st, 2018. The visit was arranged right before the start of the meetings of the Holy Synod of the Ecumenical Patriarchate at the beginning of the church year (1 September) and before the probable discussion on the Ukrainian autocephaly.

At first sight, the Bulgarian public has little to say about the meeting between the leaders of two local Orthodox Churches. But for those who are aware of it, the event bears a special meaning.

In Bulgaria only recently, and only in the clerical media, the difficult relationship between the Russian Orthodox Church and Constantinople was put forward for discussion. For people familiar with the ecclesiastical affairs, however, it was clear as early as the 1990s that Russian priests in Western Europe were refusing to celebrate Divine Liturgy together with priests of the Ecumenical Patriarchate, and in the Russian clerical media quite often there were materials targeting the Ecumenical Patriarchate. These materials have taken the shape of a smear campaign against Constantinople in recent years. The Russian thesis in this has always been that the Ecumenical Patriarch is not a champion of the Orthodox world and that the ROC should become the leading Orthodox Church. Nevertheless, Patriarch Cyril is suddenly very submissive, requesting an audience with Patriarch Bartholomew. Such an audience, of course, has been granted. Meanwhile, a number of published analyzes attribute the tension between these two churches to their attitude towards democracy and authoritarianism. However, I will not be deliberating on this opposition herein; I will instead try and analyze the possible outcomes of this meeting.

What would the ROC leader request from the Ecumenical Patriarch? Indeed, Patriarch Cyril is aware that he cannot stop the issue of the Tomos for autocephaly of the United Ukrainian Orthodox Church. Patriarch Bartholomew has proven more than once that he does not wilt under pressure and that he keeps his word. Also, when previously this process was postponed, it was at the meetings before the Holy and Great Synod, when Moscow promised to participate in the Council and then broke its promise. In the Ukrainian media, in the past few days, there have been jokes about Patriarch Cyril carrying a large suitcase full of money or a Novichok ampoule to the meeting. This, of course, is not serious. On the other hand, the pro-Russian Ukrainian oligarch Vadim Novinsky said that if the Ukrainian Church was to separate from Moscow, it would provoke a civil war on a religious base and a battle would be fought for each temple. I will try to offer several options that Patriarch Cyril will be contemplating in the situation in question.

First of all, it is likely that the ROC leader will request a postponement of the decision, at least until the presidential elections in Ukraine with the assumption that a subsequent Ukrainian president would not be interested in church affairs and will accept the presence of the ROC in the country. Of course, such an assumption can hardly be considered as reasonable, given the fact that in Ukraine there are still continuing military actions and that the country remains deprived of a significant part of its territory, hence the participation of representatives of the ROC in these events is viewed with suspicion.

Patriarch Cyril may also offer full participation of the ROC and its dependent churches in the next Orthodox council which is set to happen in a few years. Considering the withdrawal of the ROC from the deal before the previous council, it is doubtful now that anyone will take his word seriously.

Another goal of Patriarch Cyril is to keep bishops from the Ukrainian Orthodox Church of the Moscow Patriarchate (UOC-MP) from joining the new Orthodox Church of Ukraine, despite the fact that there are bishops in UOC-MP who have expressed a desire to do precisely that. This can only be done in one way – by gaining support for the current uncanonical leader of the UOC-Kiev Patriarchate (KP), the Archbishop Philaret. He was excommunicated by the Holy Synod of the Russian Orthodox Church in the early 1990s, but last year his letter to the same Synod was extremely favorably accepted by the Synod. Moreover, his reputation as an authoritarian leader is repealing not only for the priests in the UOC-MP, but also for a number of his own priests in UOC-KP. Not to mention the UAOC, who are completely independent and do not want to have anything to do with authoritarian leaders from Soviet times. Philaret himself has stood up against Constantinople more than once in the past and shares the Pan-Slavist ideas.

In this situation, we can expect a request from His Holiness Cyril that he himself participates in the writing or editing and publishing of the Tomos for the autocephaly of the Ukrainians. Thus, even if he cannot stop the process, he will control it. For Cyril this will be the necessary tool to stop Constantinople’s influence in Ukraine; it will be similar to the process as when USSR was collapsing and the democratic changes in Moscow’s satellites had to be kept in the orb of Moscow. At the time the process was not stopped, but it was controlled so that “our people” could take over goods and power. History could repeat itself and a number of processes of the UOC opening to the world could be stopped. This could also hinder its ties with the Greek-speaking Orthodox, Romanian-speaking Orthodox and Western Orthodox populations, who are now accepting Ukrainians as their brothers everywhere in their educational, charitable and missionary institutions.

It is most likely that His All Holiness the Ecumenical Patriarch Bartholomew will be gracious to his Russian guest, but will keep him away from the process. 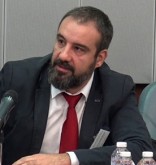 Svetoslav Ribolov, PhD, is Associate Professor of Early Christian Literature and Jewish Hellenistic
Literature at the University of Sofia “St Kliment of Ochrid” and has published four books in his academic
field. He studied Classical Philology and Theology at the University of Sofia and Thessaloniki; he
specialized at the Trinity College Dublin and Ostkirchliches Institut Regensburg, and also studied Church
and State relationships in US at the University of California Santa Barbara. He is editor-in-chief of Forum
Theologicum Sardicense, member of the advisory board of International Journal of Orthodox Theology,
and takes part in a few international academic associations. Since November 2017 he is director of
Institute for Study of Religious Freedom (Sofia).