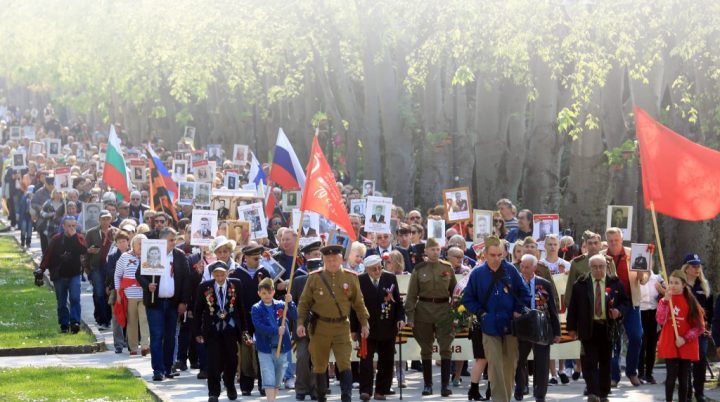 The processes leading to the demographic shifts in Bulgaria were accelerated by in and outbound migration flows over the last 20 years, against a backdrop of scare campaigns against refugees and migrants crossing the Turkish and Greek border on their way to the heart of Europe. Bulgarian nationalists have risen to power and prominence and have been able to manually control immigrant flows, giving precedence to their favorite mix.

The finding in the above referenced ‘secret’ report focuses on the ethnic Russian and Russian speakers as the largest ethnic minority – larger than the minority of ethnic Turks. This has been made possible by the emigration of more than 2 million Bulgarian citizens that have undermined traditional indigenous minorities. A large number of Bulgarian Turks have not renewed their Bulgarian passports.

The pro-government media and the ruling political elite have carefully avoided discussing the issue of the growing numbers of Russian-speaking immigrants. The dichotomy seems to work – refugees and immigrants as “bad” per se, when they enter from the south – for them Sofia erects walls and refugee centers. Russian-speaking immigration is safe – red carpet treatment – as they keep traditional religious, ethnic and why not future political balances in check.

How big is the Russian native speakers immigrant minority?

From official sources including Minister Angelkova and statements from the Russian embassy, the figure floated at different times has exceeded 400,000 Russian citizens. Note that both the Russian Embassy and Minister Angelkova assume that Russian speaker equals Russian citizen. The figure in the dubious report to the government alleges something in the range of 500,000 people, which makes Russian speakers the largest minority in Bulgaria.

One should always discount for propaganda hype, but what is disquieting is that the government withholds critical information from the public. The implication of such a scale of Russian immigration could be immense and far from a one-sided positive. Understanding the drivers and consequences of an uncontrolled immigration wave from Russia is critical to navigating away from the risk and instead into the opportunity component of the phenomenon. Keeping the issue below the radar of public scrutiny with allegations of tacit cooperation of government officials and ruling coalition partners could present a critical threat to Bulgaria‘s national security.

Immigration flows and trends have never been linear – there have been peaks and valleys, but at the least it should be perceived as an organic or self-propelled process. This striking figure of half a million Russian speaking people has not been reached overnight.

What hides behind these numbers? Permanent, temporary residents or extended holiday makers?

The deafening silence of the Bulgarian authorities could be both conscientious – motivated by “national ethnic security” concerns – care for ethnic, racial, political and religious balances, but also the product of the Kremlin’s capture of Bulgaria’s ruling elite. This drives change in Bulgaria’s demographic structure that will allow the Kremlin to control any Bulgarian government thereafter. In other words, anything that could imperil Moscow’s interests including using the territory of the country for NATO’s operations will be soundly denounced.

The immigration instrument in Russia’s foreign policy proves to be a potent and long-term asset, quickly moving up the ladder of Kremlin‘s priorities.

According to data released by the Embassy of the Russian federation in Sofia, during the last election in Russia nearly 90 per cent of all ballots in the diplomatic representation in Bulgaria went to Vladimir Putin. One should be careful with the overall context – the voting Russian citizens are in the thousands, – but it could be seen as indicative, not necessarily representative, of the range of support the Russian leader and his policies have among Russia’s diaspora in Bulgaria.

Therefore jumping to the easy conclusion and seeing in every Russian immigrant an extension of Putin’s grip is both paranoid, premature, and ultimately incorrect. The process needs a thorough study and an in-depth analysis. Precisely because of this, the multi-faceted and multi-layered nature of Russification needs to be assessed in a most objective and impartial way.

These studies should be made a priority task of all institutions dealing with national security – the State Agency for National Security, the State Intelligence Agency, the Bulgarian Academy of Science and all relevant academic units, NGOs, investigative media and research centers. While an overreaction is neither warranted not productive, its absence is a major security threat with long-term consequences.

The ‘secret’ report most certainly has been shared with the President and the Prime Minister, the legislative branch and the Chief Prosecutor and judging from their muted reaction – they are at a loss how to react. Note that this is the first time since Ottoman rule that there are more ethnic Russians – native Russian speakers – than Turks in Bulgaria.

Previous peaks of Russian immigration date back to the aftermath of the Bolshevik coup d’etat in 1917 with the Russian White emigration. Then the government of Alexander Stamboliyski agreed to host more than 30,000 Russian citizens and allowed them to settle in the country.

In terms of its size and historical significance Russian emigration in Bulgaria during the interwar period is comparable to the “Russian enclaves – zarubejie” elsewhere in the Balkans and in Western Europe with Paris, Prague and Belgrade at the center. White Russian emigrants have made a significant contribution to the development of culture and science of all host country. This is not as straightforward and less so a foregone deduction with Putin’s current Russia emigration.

Current immigration to Bulgaria is ten times higher than previous records, while a much obscured ‘melting pot” integration profile is a problem in a different league.

Things are not black and white, and definitely not easy to analyze.

On the one hand, the labeling of all Russian citizens as cross-border extension of Putin and the Kremlin policies, or packing them all up as a threat to Bulgaria’s national security, is unacceptable, counterproductive and invite erroneous conclusions and actions.

Most of the new Putin-era Russian immigration in Bulgaria are retired or elderly people. Escapists from Russian reality who seek a cheaper and more secure life with their families in an EU member state. The classic case is a family with one of the working parents regularly commuting to and from Moscow for the weekends to Varna and Burgas, while the remaining parent/grandparents staying with the kids.

There are also examples of relocation of companies and their employees, along with their families. Pensioners are the majority, fleeing the collapse of living standards, poor climate, poor food and expensive life in Russia.

The critical line in risk assessment is understanding the degree of respect and compliance of these immigrants with the core values of Bulgarians, including our Euro-Atlantic choices. Then comes the difficult task of assessing their capacity for constructive intergration, as opposed to destructive one.

There are two groups within the Russian immigrants – the EU compatible one – those who integrate well and cherish that Bulgaria is different from Russia as part of the EU. These are usually highly educated and qualified people speaking many languages, independent minded and mobile. Most of them flee Russia unhappy with Putin’s policies, not necessarily ideological adversaries, just escaping reality at home. They are not desperate to join a closed Russian community in order to survive and retain their Russian identity.

However, there are other more introvert groups of Russian immigrants that are equally keen to replicate their motherland in Bulgaria, – the so called “circular and self-sufficient migration.” This group wishes to stay with the Russian community, shop in Russian shops, sending their kids to Russian schools, meet only with other Russian immigrants and refuse to integrate. For them there is no “melting pot” of ethnic differences – they remain with the mentality of residents in enclaves – the little Moscow, the little Odessa etc. Often, the gravitational glue of such communities leads to opening of new channel for official Kremlin influencing – printed media, books, business with and from Russia, including trade with energy and other raw materials. No wonder Russian immigration is also an extension of the influence of Russian secret services and criminal world. Recent revelations by Belingcat and other sources point to an ominous interplay between Russian military intelligence GRU using Russian diaspora and Bulgarian paramilitary groups, including illegal imports of arms and other equipment.

For countries with strong institutions and traditions in immigration policy, the encapsulation of Russian immigrant communities, though a problem, is neither a surprise nor an unsurmountable challenge. They are sufficiently independent and resourceful enough to be able to absorb immigration which has proven to be defiant towards integration.

For Bulgaria, whose secret services and institutions are largely subservient and have zero experience in managing immigration flows, such steady and high levels of incoming immigration from the North-East is exceptional. When those immigrants have proven record of closed neighborhoods, community residences and holiday business, – the likelihood of ending up with less-than-perfect blend of Russian immigrants is high. This could prove extremely risky and destructive for internal demographics as well as political, ethnic and social balances.

Bulgaria could become much more vulnerable to Kremlin’s bullying openings.

The Quiet Russification of Bulgaria – Risks, Opportunities and Consequences – Part One