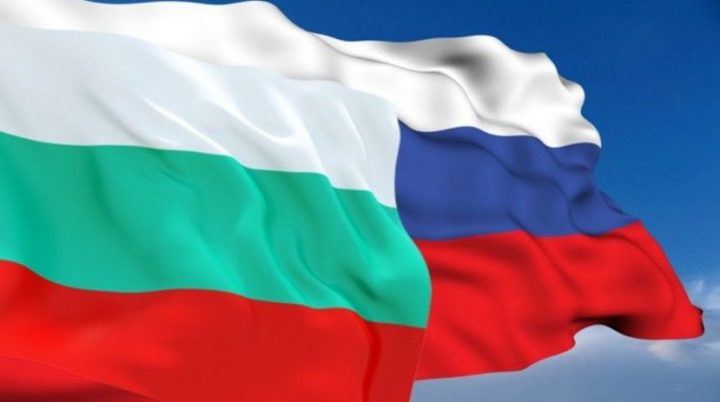 When analyzing risks from looming and unfettered  Russian-speakers immigration, or any other immigration, the short-term, visible or dominant features are not always the most important. The consideration of potential persistent, hidden or dormant long-term manifestations and consequences, especially  for destructive impact of different immigrant groups on the economy, society and institutions, matters most. The screening of inbound streams of refugees and economic immigrants from the South, who come from different religious, ethnic and racial background, for potential destructive impact is indispensable.

It is not by accident that immigration policies in Eastern Europe have begun to soften as immigration is the only cure to critical demographic imbalances. Most of the populists – diehard critics of immigration – including in Hungary and Poland are tacitly encouraging economic immigrants from nearby Ukraine. In Poland alone the numbers of Ukrainians exceed a million and a half. Poland and the Czech Republic are targeting immigrants from the Philippines in a desperate attempt to address critical employment deficits.

It is a matter of time before the lack of labour hits hard on growth and forces these governments to expand the geographic range of interest,  encouraging, instead of stalling immigration. Eastern Europe will have to compete with old Europe for congenial immigration, reaching out to countries that at present are considered off-limits. What most governments in the CEE hope is, that this will be a managed transition from closed to open door policy and the choice will fall upon a benign ethno-cultural, racial and religious mix. Blanket denials of Muslims will also inevitably undergo evolution, with restrictions gradually loosening to keep out the radical and extreme elements.

Within the immigration mix, shaped between the inevitable and the expedient, Russian-speakers (Ukrainians, Moldovans and other immigrants from the former Soviet Union), are more than welcome, provided they do not rock Bulgaria’s boat. For what is perceived as a negative potential of the Islamic immigrants, and especially of their radical part, is also true of any other ethnic or religious extremist, including the imperial and radical Russian Orthodox immigrants. Part of them does not only deny basic European values, but they consider it their mission to steer the host country away from the EU and NATO path. Such extremists are here not to integrate, but to subdue, not to make Bulgaria richer and more secure, but to make it more dependent and subordinate to imperial Russia, opening up new areas of vulnerability, that the Kremlin could exploit for foreign policy gains.

Why is it important for people who monitor the changed demographics in Bulgaria to come out and speak?

I call on the people who have studied the Russian-speakers’ immigrant wave and have produced the reports to the government and the top political posts to come out with public acknowledgement of their findings. This is not only their citizens’ duty. They should not fear the consequences, as the issue at stake is national security. They should also recognize the protection in recent changes in EU legislation, regarding whistle-blowers, for those that decide to go public on facts of abuse of power or corruption.

The European Data Protection Supervisor is precisely the institution which, under the new legislation, monitors and controls the implementation of the new EU law by ensuring that the identity of the whistleblowers is kept secret and state institutions can’t go after them.

This is valid for established democracies although whistle-blowers rights’ protection is a challenge across the continent and in the US. However, the questions arise when it comes to the implementation of the EU legislation, accounting for Bulgaria’s capture of institutions and media when upholding high international standards in media freedom, human rights, the fight against corruption and abuse of power.

The category of public employees protected by the European legislation includes those working in the Institutes of the Bulgarian Academy of Sciences, the Universities, the National Statistical Institute, the ministries and the state agencies.

Withholding information from a public fully aware of the dire consequences of the uncontrolled immigration wave from Russia does not only cross moral lines, but also qualifies for a potential offense. The quiet Russification that takes places under the radar of public scrutiny, with the tacit cooperation of the authorities, is not only a challenge but also a possible existential threat to our national security.

The effects of an increased presence of Russian-speaking immigrants are already felt, more so at elections times when more and more parties are turning to secure their votes. Russian speakers are already considered a force to be reckoned with. They are able to tilt fragile internal political balances against the backdrop of Bulgarian diaspora abroad largely unable to reach the ballot box. The electoral process is so heavily manipulated that what comes out as results and political representation is a twisted picture of Bulgaria, where Euro-skeptics and NATO-opponents are given an artificial boost, notably in regions with high share of Russian-speaking immigrants.

The likelihood of the emergence of a Russian party comes next, alongside the other ethnic party -Movement of Rights and Freedom. Despite attempts by various Rusophilic parties to serve the interests and needs of the Russian speaking minority, they are still struggling as new generations of Bulgarians have a distant knowledge of Russian culture and traditions. A party of the Russian-speaking immigrants in Bulgaria might be structured alongside kindred parties in the Baltic states. In the current elections for European Parliament in Bulgaria, there are at least three parties, that are trying to represent the votes of Russian speakers and Russophiles – all conveniently disguised as nationalists. Judging by their electoral prowess the Russian minority can elect at least one MEP, notably against low-vote participation and high mobilization rate.

The next logical step might be a move to seek an ethnic minority status, encouraging demands and aligning actions with the Turkish and Roma minorities. Make no mistake, in all instances, there will be ample reference to EU standards for collective human rights and freedoms. The local Bulgarian projections of Putin’s cordial alliance with Erdogan should also be factored in. This already is bearing fruits – the Mareshki-Orhan Ismailov type of alliance electioneering is the epitome of Moscow and Ankara’s new friendship. It is not all certain this Russo-Turkish alignment of interests will work, but definitely the perceptions of it will have huge destructive potential even on the virtual scale.

Such reconciliation of Russian and Turkish strategic interests are not confined to Bulgaria but the whole Balkan region.

Notwithstanding the new strategic relationship between Moscow and Ankara, the underlying deep distrust between them can easily overwhelm their skin-deep sympathies. Russia’s fifth column does not waste time for scare mongering, reverberating aggressive and subversive Kremlin propaganda on Erdogan’s territorial claims on Bulgaria.

The end effect is a complete blurring of the immigration problem and the gaps in the country’s immigration policy – one capable of early diagnosing and preventing threats to the national security. The difference between refugees and economic immigrants is largely semantic, but the Bulgarian government believes Russian immigrants should be treated in a different league. For one, I can’t recall of any instance when Bulgaria has granted a Russian citizen political asylum!?

Speaking from personal experience, Russian political immigrants, residing in West Europe, have refused to accept assurances that once in Bulgaria, they will not be repatriated to Russia, shortcutting judicial procedures. Moreover, that the news has spread that Borissov’s government is bending the law returning political opponents of Erdogan.

With time, we need to expect the new normal, that Russian-speakers with a permanent or temporary status of residence, will seek their own schools, high schools, universities (remember the case with Slavic University!), then churches, NGOs, media, and local affiliates of Moscow based Russian patriotic foundations etc.

Long before this happens, the government and the special services should their utmost public duty to inform the public of the risks and consequences.

At this moment, a repetition of the Crimea scenario looks extreme and impossible. So it seemed in Ukraine, when they signed the Budapest Protocol back in 1994. Managing national security risks implies early detection and treatment of even the most remotely probable threat.

Unchecked and dominated by one source, immigration could easily turn into a long-term existential threat to Bulgaria.

The distance between the unthinkable on one side, and the thinkable and probable, on the other, is not marked by traffic lights.

The Quiet Russification of Bulgaria – Risks, Opportunities and Consequences – Part One