Menu
Home
2019
June
27
Uncategorized
The liberalization of the gas market – too late, too timid

The liberalization of the gas market – too late, too timid 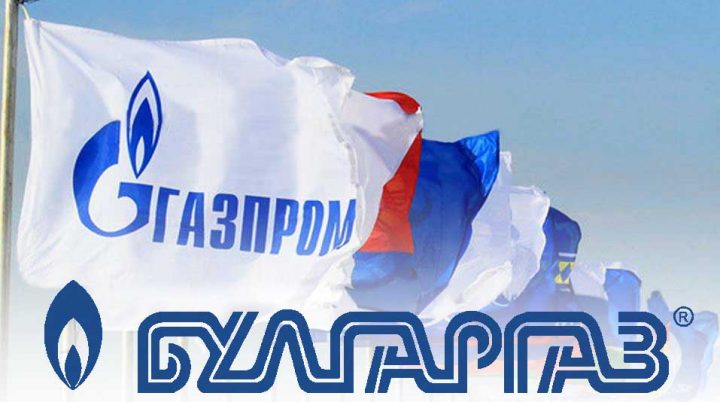 Last week deputies and members of the Energy Commission voted on the amendments to the Energy Act which launches the Balkan gas exchange, thus pushing the process of liberalization of the gas market. This belated action is due in part to the pressure from the European Commission as Bulgaria remains a blank spot on the EU gas market.

The liberalization of the gas market is closely related to the existence of a trading platform and the goal of attracting sufficient gas liquidity for distribution through the “hub”.

The atmosphere at the session of the Energy Commission was not conducive to a critical analysis, especially since most MPs agreed that the first reading was just an introduction into the debate that hopefully will take into account different views of stakeholders.

The existence of a gas exchange is a prerequisite, but not a necessary conditio sine qua non for the liberalization of the gas market in Bulgaria. Greece has no gas exchange, at least no operational one, yet its gas dependence on Gazprom has dropped to below 50%. Turkey is in the same situation, not to mention Romania where demand is met from local gas sources. In all these countries there are many players, many entry points and many trading opportunities, both spot, short and long-term, oil-indexed and hub priced gas offering.

Greece enjoys a higher liquidity base, which has allowed both DEPA and the Mytilineos Group to sell to Bulgarian customers. The surplus gas in Greece’s gas balance is sourced from the Shah Deniz field, with new imports starting July 1 from the global LNG market via the liquefied natural gas terminal at Revythoussa.. At least three new big projects are in the pipeline at different stages of implementation, which should sharply increase supply. Greece’s own consumption is almost at par with Bulgaria’s, which allows Greek gas traders to operate in the region out of their home base.

The draft amendment to the Bulgarian Energy Act seems a rather odd attempt to navigate the liberalization process by setting minimum targets for purchases from the gas exchange from local gas consumers – as a share of consumption. The authors of the amendments seem uncertain with the pace and the depth of affordable liberalization within the current market format.

The problem with liberalization boils down to what the MPs would allow Bulgargaz to lose as a market share, reflecting a corresponding reduction in Gazprom’s dominant role. With a single player, market becomes a fiction, and liberalization a distant notion. Especially for the Balkan gas exchange to attract traders and buyers operating in Bulgaria and the region.

The bill sets market liberalization targets that are too modest, even timid. One wonders whether the principal objective of the MPs is to second guess the merits of liberalization, and ensure that Gazprom’s market share is retained, even at the expense of Bulgargaz.

For 2020, the draft law provides for natural gas equal to 7% of the consumption that Bulgargaz should offer at the gas exchange. The figure reaches 35% in 2024. That is, 5 years from now Bulgaria will not reach the current level of diversification and market liberalization that exists in our neighbors. This can hardly be called a bold or even less ambitious government policy for liberalization of Bulgaria’s gas market.

The bill further sends mixed signals regarding the true intentions of the Bulgarian government, as targets are set until 2024 – the aforementioned 35%, two years after the expiry of the current supply contract with Gazprom. This is a clear indication that the current management of Bulgargaz intends to renew the supply contract with Gazprom in direct talks, circumventing any competitive tenders. This line can hardly constitute a level playing field or unbiased policy, moreover that international majors might be willing to offer better market terms and lower prices.

Requirements for gas producing companies in Bulgaria existed in the initial version of the draft law amendments, to offer all their gas produced at the Balkan gas exchange. That line was met with raised eyebrows by all companies already exploring the two Black Sea offshore blocks – including Total, OMV and Shell. Given the privileges extended to Gazprom for a direct and secure supply contract with no obligations to offer any gas at the Bulgarian gas exchange, this was interpreted as a hostile move.

Gazprom operates in a league of its own and this clause in the draft legislation could hardly qualify for a base EU standard for market liberalization.

Under the latest version, the indigenous gas producers are required to offer a minimum of 25% of their produce at the gas exchange, which is an improvement. However, even this target could prove evasive and rigid as consumption and demand levels might remain too low.

Another improvement to the first draft was the dropped requirement for mandatory licensing of traders operating at the gas exchange.

The original idea of the Balkan Gas Hub was to make Gazprom trade gas at the gas exchange so that Serbs, Hungarians, Macedonians could buy it there. The current state of play could not be more illustrative of the lack of success – Gazprom has no obligation to sell even a cubic meter of gas at the exchange. This duty has befallen upon all other players – including Socar. They are asked to provide additional liquidity to compensate Gazprom’s noted absence as supplier. Worth recalling the 200 million cubic meters plus, Prime Minister Borisov has been talking about in recent months from Azerbaijan.

Liquidity is quintessential for any gas exchange. The forecast for the Balkan Gas Exchange liquidity base are exceptionally low, it could hardly qualify for a EU level gas exchange – between 1 and 2 billion cubic meters of gas a year until 2024. The churn rates would hardly impress. But it could play a role in short-term balancing of the gas market as most of the players are small, below 300 GWh in annual consumption. Henceforth, gas price levels and flexibility terms at the Balkan Gas Exchange could hardly compete with neighboring EU or US gas exchanges.

Gas exchanges across the EU offer a varying blend of products, terms and prices. The difference in the spot market prices between the nearest to Bulgaria, CEGH at Baumgarten, and the Dutch TTF have recently peaked at EUR 4 / MWh; or almost 40 percent. Often quoted reasons for lack of flexibility are rigid oil indexed contracts, although spot trading has overtaken gas trade in recent years. The dominance of Gazprom’s long-term gas contracts in Central and Eastern Europe has run against the trend in global LNG spot driven trading, where prices have fallen well below their oil-indexed kins. Gazrpom’s gas dominates CEGH, which explains why gas spot offering at this trading platform is not price competitive.

There is little chance that the Balkan Gas Exchange could spare the fate of CEGH, as Bulgargaz and Bulgaria will continue to rely primarily on Russian gas.

Regulating demand at the gas exchange, as is stipulated in the draft law, with mandatory purchase for consumers above 300 GWh annual consumption contradicts common market logic.

If you are a Bulgarian gas consumers or a trader, you are free to buy US LNG at Henry Hub spot-priced contracts or relevant EU hubs equivalent – at lower prices and greater flexibility. If the Bulgarian gas exchange does not offer natural gas products at competitive prices and terms, this purchase provision in the law would simply add to the cost of gas in Bulgaria.

Ultimately the raison d’etre of the gas exchange lies in its ability to mediate successfully between demand and supply in a liberalized and competitive market. If Gazprom and Bulgargaz retain their near monopoly positions the amendments will simply upgrade the current state with the appearance of market liberalization, at the expense of customers.

Here is my alternative for a more radical action.

Since Bulgargaz’s contract with Gazprom expires in 2022, until then all quantities above the ‘take or pay’ should be traded at the liberalized market segment. Bulgargaz’s clients should be free to buy from the gas exchange or directly and the national gas trader should also drop the requirement for preliminary mandatory gas purchase orders.

Gazrpom’s privileged status should be abolished and from 2022 onwards all contracts should be preceded by a competitive bidding. Gazprom should bid for the right to supply gas to Bulgarian consumers. The figure of the public supplier – Bulgargaz – as a gas provider of last resort and basic liquidity – is superfluous. Gas liquidity and market integration should be enough to guarantee security of supply in a competitive mode.

Bulgargaz should be stripped of its excessive privileges and duties to secure and offer natural gas and should be restructured in order to operate as a normal gas trader, competing for market shares in Bulgaria and in the region. Ideally, it should be privatized in whole or via attracting a strategic partner while it still retains an excessively high market share.

Bulgarian gas consumers do not have a ‘patriotic’ duty to buy gas from the national company. Gazprom’s market share should fall to around 50%. Any future long term contract, be it with Gazprom or its competitors, should allow for a substantial spot pricing element in the price formula.

The obligation to sell gas to Bulgarian consumers through the Balkan gas exchange should be extended to include Gazprom.

The prime source for additional liquidity at the BGE after 2021 is Bulgargaz’s contract for 1 bcm from Shah Deniz -2. Why is Gazprom treated differently and spared this obligation being that it seeks to transit almost 13 bcm ultimately destined to other gas exchanges in Hungary and Austria? So Russia is not only bypassing Ukraine, but Bulgaria as well.

Liberalization of the gas market is impossible with one market player only, without the entry of new gas traders taking market shares off Gazprom and Bulgargaz. Bulgargaz should not be perceived as the holy cow, which needs to be force fed.

Gas oversupply forecasts provide the perfect background for a bolder and deeper liberalization and diversification of the Bulgarian gas market.

The bottleneck is access to storage and transmission capacities. A blend of gas and capacity release is needed, which is entirely within the reach of Bulgartransgaz and the TSO in the region.

This is the focus of the next analysis.