Menu
Home
2019
July
3
Uncategorized
Nord Stream-2 – the winners, the losers and the Mastermind

Nord Stream-2 – the winners, the losers and the Mastermind 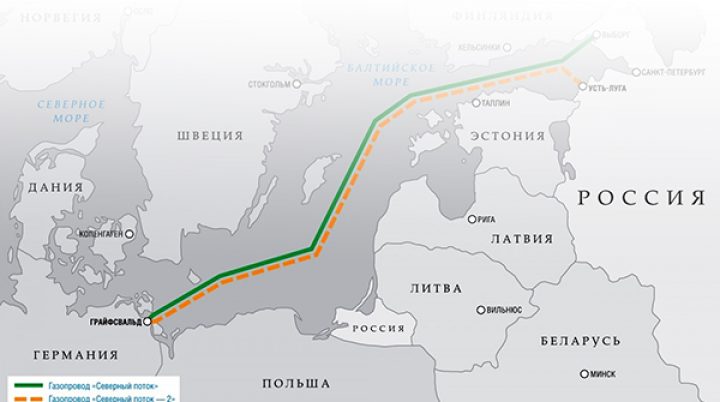 The German government is continuing to insist that the Nord Stream-2 is pure business, no politics. Having read the feasibility study commissioned by the Nord Stream-2 consortium and executed by Arthur D. Little in 2017, one should not second guess the real motives of both the Russian and the German governments – there is a list of jointly agreed countries that stand to gain and by extension that stand to lose. What is missing in the study is the list of countries that are bound to lose.

The consultant has been asked to assess the economic impact of the project – “the activities and investments, related to the Nord Stream-2 project on those countries that are either directly involved in the project, or have contributed with materials or services.” The study, which Arthur D. Little claimed to be independent, is meant to feed the proponents of the project with arguments and incentives, winning hearts and minds across the EU.

The consultant intentionally omits research and analysis of the gains that Gazprom will have in the course of operating and shipping gas to Germany.

The gist of the study is in the Conclusions’ section and is as follows.

As the project is 100 % driven by the Kremlin – all effects are packed in the format of a ‘business’ proposition from Russia to the German and other EU governments, inviting them to engage in a JV with specific individual country benefits. As the EU countries involved are the designated beneficiaries both the gain size and type are decided by the Kremlin. Further, specific targeted incentives are provided and aimed at encouraging individual governments and companies, lobbyists and politicians, to act as local project proponents securing the project’s smooth administrative and institutional clearance at EU and national level.

The final conclusion in the study is that the impact of the investment in the Nord Stream-2 is very significant for the European Union as a whole, as well as for individual member states.

Notwithstanding the impact for the whole of the EU, the impact assessment study clearly and unequivocally leaves Central and Eastern Europe out of the scope of beneficiaries – limiting all potential direct and direct benefits to Germany and old Europe. This in itself is a clear indication of the intent and end result – the Kremlin is picking who is to gain or lose in the EU, who will trade and receive cheap Russian gas.

Here is a table from the impact assessment study that allocates gains to individual countries in absolute and relative terms, including number of jobs Germany is by and far the country that stands to gain most not only in monetary terms. With direct reference made to the € 1,1 billion in direct investments  and the GDP value added of € 909 million, plus 13,090 in new jobs. The possible positive effect is carefully tailored to include only countries that Russia considers strategically important partners as opposed to CEE and non-EU countries that are considered as second class parties.

One thing that is sorely missing in the impact assessment study reference to the results to the current status quo, as it is crystal clear that all positive impacts are confined to West Europe, while the net losses to Central and East Europe.

Among the greatest loser countries are Ukraine, Slovakia, Poland, Hungary, the Czech Republic, etc.  Arthur D. Little poignantly omits netting gains/losses to individual countries or companies. Just the direct loss in transit revenues for Ukraine exceeds € 2 bn per annum and roughly the same amount is spread between the Visegrad countries. In other words, what Germany and other winners gain from the North Stream 2 is taken from and lost in Central and Eastern Europe. The net result is not a new added value, but redistributed at Kremlin’s will existing value.

Worth repeating the key assumption in the study allocating gains according to differences in labor cost – equal investment have a larger positive impact in a country with lower wage and salary levels like in the CEE. This attests to the fact that using the Nord Stream-2 gains/losses table, the Kremlin and Mr. Putin have successfully driven wedges between different parts of Europe and the European Union by treating individual members preferentially , undermining core values and solidarity.

The net gain-loss ratio does not have only a snapshot foo print – i.e. during the construction times – but also has an operational dimension – including monetary expression, net employment and competitiveness gains resulting from more expensive gas prices and inferior trading terms to CEE and the rest of the EU, not on the beneficiaries’ list.  In short Kremlin has offered and Germany has accepted the terms of an exclusive preferential treatment, at the expense of the EU, that would allow German companies and traders to export more to the losers in the CEE. Not surprisingly – after the introduction of Nord Stream-1 Germany, which has been covering only 16% of its internal gas demand via indigenous production and was the EU’s largest gas importer, became one of EU’s largest net gas exporters with 30 bcm of export each year. With Nord Stream 2 online – the figure will shoot up dramatically.

Switzerland and Italy are specific targets of Kremlin’s charming offensive, regardless of the fact that both countries have been previously targeted by Gazprom via the South Stream project. Due to Eni’s reluctance to take a greater funding exposure than previously agreed due to the sanctions imposed after the annexation of Crimea, the South Stream project was cancelled by both Gazprom and Eni in November 2014, and the Kremlin decided to supply the Italian and Swiss market via Germany. Both countries are hosting major international companies engaged in the construction, pipes and materials supply for Nord Stream-2.

The above impact assessment study, paid for by Gazprom and executed by Arthur D. Little, is an eloquent proof of the degree of coordination between Merkel’s Germany and Putin’s Russia. One can only speculate on the link between what happened last week at the Parliamentary Assembly of the Council of Europe with the return of Russia’s voting rights and the gains to this selected group of EU countries favored by Gazprom via the Nord Stream project-2.