Menu
Home
2019
August
13
Uncategorized
Why fewer Bulgarians are identifying themselves as EU citizens?

Why fewer Bulgarians are identifying themselves as EU citizens? 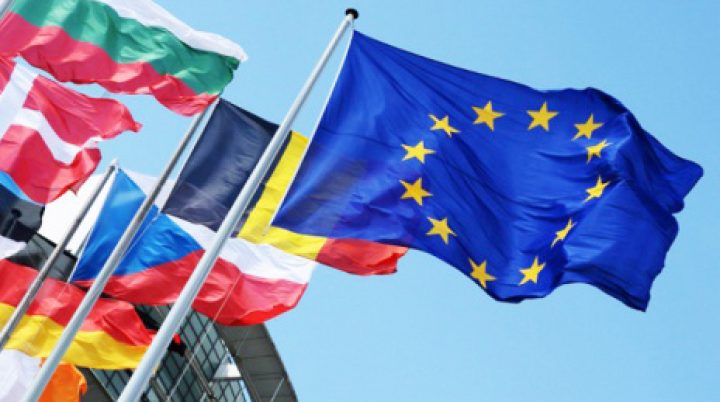 A recent Eurobarometer survey ranked Bulgarians last among EU citizens with the most depressed European self-awareness. Only 52 per cent of the polled Bulgarians, the lowest figure among all EU countries, felt positive as EU citizens. Further to that – a record 46% answered “no”.

This gives a frightening picture of the failure in the transition period which was meant to help totalitarian Bulgarians convert into European citizens with self-esteem and self-determination.

What are the reasons?

Let’s divide them into two groups – objective and subjective.

The first are locked in the objective metering of the degree of convergence between the Central European averages and the Bulgarian indicators for prosperity and security. The Bulgarian citizen does not feel sufficiently converged into the European space; he is more locally centric than the average globalized European citizen.

This should hardly surprise anyone considering most of my fellow countrymen feel globalization is alien to them, perceiving it as a hostile process.

Although the ranking of the countries in the Eurobarometer survey does not fully match the EU table on wealth and income indicators, the overlay for Bulgaria is one hundred percent. The last things that would come to a Bulgarian’s mind would be to rate his personal well-being and security at par with the EU leading nations.

This understanding is not merely a snapshot of their feeling at the bottom of EU scale, but a persisting long-term perception. Due to the perverse nature of the model of redistribution of resources, new generated wealth and opportunities don’t narrow the gap with those in front of us, but instead make the lag chronic.

The disproportionately huge segment of the group of unproductive ‘rich’ – the oligarchs of redistribution, weighs like a millstone on the whole development potential and thus deprive Bulgarians of a commensurate EU sense of satisfaction. The parasitic elite is not burdensome only because of its scale, but its arrogance and self-assertiveness. It is not just the damage it inflicts that matters, but also the prospects of endured long-term dominance of this dedicated and consolidated group, which implies enduring limitations in planning carriers, investments and overlaying personal life horizons onto the country’s future.

Over time the absence of a sensible or realistic scenario for loosening their grip on power negatively impacts solidarity and undermines positive scenarios around the shared goal of personal and collective prosperity and security, creating a self-perpetuating doom complex. This cannot generate a self-esteem that equals other European citizens.

At the same time the emigrating Bulgarians knows from personal experience the EU benchmarks for good governance mandates a rule of law and respect for human rights and freedoms.

Some might say that geography matters too – Bulgaria’s position at the edge of the EU almost certainly contributes to poll results. Others will reason on the heavy totalitarian and overall historical legacy. But neither can serve as the tipping point.

Geography does not have a linear and one-dimensional impact, it does not preclude a catch-up development model, especially since we should be closing the distance not with distant EU countries but with our EU neighbours. Evidently, geography is not a handicap for them, it should not be for us. Being at the EU’s periphery has its advantages, especially in terms of the interface with other regions in the Middle East and Asia, which implies potential geopolitical brokerage gains.

А certain share of Bulgarians’ self-esteem as Europeans rests on leftovers in our national psychology, traditions and the inherited Soviet matrix – the Homo Sovieticus. For some communist and anti-imperialist die-hards, EU membership is a fallacy and a betrayal, an apostasy to the right Faith of eternal brotherhood with Russia. The fact is that there are still Bulgarians that perceive Sofia as their nominal capital, the Bulgarian president and prime minister as their nominal leaders The genuine ones however reside in Moscow and the Kremlin. European self-awareness is almost impossible to build on Soviet fundamentals – it’s an irrational choice.

However, such interpretations of the 46 per cent negative vote are not entirely accurate either, as the “Soviet” addicts in Bulgaria, who reject the EU identity, account for no more than 16 percent, according to a 2017 poll.

There is hardly a single or simple answer to why the share of Bulgarians that feel like EU citizens is so small.

Some of the explanation lies in their disappointment with the role the EU and key EU pivots (Germany and France) play in their daily lives. The Bulgarians feel abandoned by Europe and its leaders. For Chancellor Merkel and President Macron, it might be enough for the local elite to vote correctly in Brussels and Strasbourg. Then the odd nature of Bulgaria’s “Europeanism” comes as a tertiary concern. EU leaders keep their eyes wide shut when European funds are consistently embezzled in formal corruption chains with a significant portion ending up in close-to-government media, servicing the same oligarchic power. In fact, growing numbers Bulgarians trust that the EU neglect is intentional, as state capture ends in rising EU scepticism and EU-incompatible autocratic model.

One could hardly feel as a European citizen when the German chancellor and the French president, as well as other Eurocratic derivatives show preference to local politicians, epitomizing obnoxious corruption and state capture. The silence from the West is deafening, which for many implies complicity and consent, this is not the EU a Bulgarian should want to feel citizen of.

The more significant explanation rests with the passive expectation many Bulgarians have that salvation will come from the outside to relieve us from our burdens and woes. Here is the legacy of the Soviet man – he/she anticipating someone above to decide for him, instead of the pro-active entrepreneurial role, shaping one’s own destiny. This type of disenchantment following an ugly transition often relates to indiscriminate denial of the EU and the West in general, as alien and distant Catholics, Protestants, devoid of empath for our Eastern Orthodox world.

Interestingly enough, Orthodox Romania registers a much higher degree of convergence and self-esteem of its citizens with the EU than Bulgaria. Even in Greece, the percentage of self-identified EU citizens is higher.

The frustration with the “non-European” type of institutions adds to the disappointment of Bulgarians with their non-European media, judicial system, reclusive and often detached nature of debate on major European topics which ultimately shape EU loyalty in one’s mind. Suffice it to look at the quality of the public discourse preceding the elections for the European Parliament. The degree of globalization of the information and knowledge base of the average Bulgarian is extremely low, and from there on it does translate into a self-esteem as an EU citizen. The self-inflicted damage stems from the poor global base of the pre-transitional society into self-denials when translating the emerging global opportunities into success stories on a home base. The self-imposed alienation from the EU and world converts into a vicious circle of downward spiral of negation.

The full story behind why Bulgarians top the EU ranking on self-determination as EU citizen is most likely an amalgamation of most and any of the above explanations.

The most disturbing conclusion lies not in the details and the multiplicity of the ground base for Bulgarians’ EU identity, but in the self-perpetuating scepticism on the direction, the nature and forecast for its evolution.