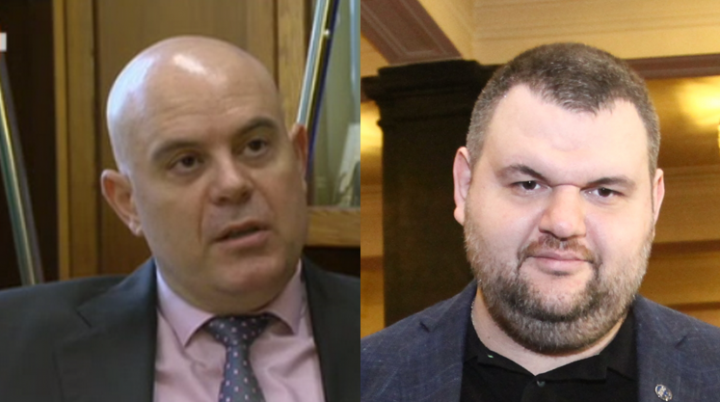 This is where we come to the “Russia spy scandal” which is a classic special operation, coordinated with Moscow. Its credibility rests on the fact that there is a genuine threat assessment of Russia’s hybrid war potential against Bulgaria. The State Agency for National Security (SANS) files is overflowing with information, which has been persistently and deliberately ignored. The dossiers have been piling up, ready to be used at the right moment and played in line with needs. Yet the choice made was for the relatively innocent public personage, carefully avoiding the real Russian secret agents, operating in the country.

The applied innovation is blending fact and fiction in a massive PR feat, serving both ends and killing two birds with one stone – first, striking a geopolitical gain of much needed and missing Euroatlantic capital for later use to justify hard to justify acts of appeasement to Russia like the hasty contract on the extension of the Turk Stream, giving state guarantees to the NPP Belene, etc. and second, presenting the story of the vile ex-owner of the forcefully bankrupted CCB Tsvetan Vassilev as the ultimate epitome of a Russian agent, positioning both Geshev and Peevsky as the ultimate defenders against the Russian menace.

Note the perverse logic– the ex-owner of CCB, who is alleged to have been conspiring with the infamous Russian ‘orthodox’ oligarch Konstantin Malofeev, to ‘steal’ assets from his bank and place them under Russian control – i.e. the critical for Bulgaria national security telecommunications company BTK, is featured as the bad guy.

The rivaling Dogan-Peevsky tandem, which has effectively put the same BTK under VTB’s control, with reported in the Russian media critical assistance at the top, both in Bulgaria and Russia, is portrayed in the spy scandal as true patriots?!

One does not need to look any further to understand the net present value of this short-lived spy novel, regardless of what triggered it. If one discounts for the PR element and bases judgment on its net effect on the capability of Russia’s spy and agents of influence to operate freely in Bulgaria – this was much ado about nothing. The network is intact, the energy deals with lucrative contracts are in full motion and Kremlin’s oligarchs are all smiles.

During Borisov’s tenure, the Russian-speaking minority in Bulgaria has become the largest in the country; entire Black Sea regions were Russified. Local and national politicians are already taking into account the need to accommodate the interests of Russian immigrants. No wonder, why portraits of Stalin and Putin are exhibited regularly in Varna and other coastal cities, becoming the new normal.

Borisov has deliberately turned a blind eye on this critical threat to Bulgaria’s national security, aware of the inherent danger for Bulgaria following the forceful Russification pattern applied before annexing Crimea. For what it is worth, this hardly qualifies for a pro-Western fall.

The ruling clique’s message to the West is even more cynical than Lukanov’s one, – we control the country and can depose from power any opposing group – therefore the West does not have a choice, but to come to terms with us. On top, the ‘opposition” is being discredited – regardless of sway – “right”, “left” or Euro-Atlantic record – it is weak, unreliable and unable to cope with the Russian threat.

To keep Bulgaria in the EU and NATO, people like Borisov and Dogan assert they need a space to maneuver, to ‘balance’, to engage with and keep the Kremlin happy. Another talking point is that the democratic pro-Western opposition, which is currently not represented in Parliament, is unable to win the majority of the electorate and guarantee Bulgaria’s Euro-Atlantic choice. The leftists from BSP are too close to Moscow, not real EU social democrats. To add to the scare picture –real Kremlin proxies are in Parliament, they could mean real pain if we do not keep them in check.

All this is packed up and traded as the key merit of the Prosecutor – Oligarchs power model.

The coined myth – “Bulgarians are natural Russophiles” – serves the main ‘perceptions matter most’ line. Sociology on-demand amplifies the alarmism, presenting ‘evidence’ – polls that ‘prove’ that 80 percent of Bulgarians are Russophiles. The narrative, that is meant to draw the West into an appeasement mode, perfectly suits the Kremlin – Bulgaria is in Russia’s sphere of influence.

The “Russophile” mantra has been recently used by Russia’s equivalent of the Rand Corporation – the RISI institute. It funded a self-fulfilling opinion poll and a research paper, nominally presented as the work of a local social survey agency. The same agency is closely associated with another Kremlin proxy – the Gallup International Bulgarian affiliate, that three years ago engaged in a similar perception-altering exercise with the bogus claim that if attacked Bulgarians would prefer Russia over the US to defend them.

The truth is that throughout the independent part of their history, the overwhelming majority of the Bulgarian people have consistently resisted the excesses of Kremlin’s rulers. The natural sympathy for the Russian people and Russian culture has never come at the expense of their European identity and belonging to Western civilization.

In the early 1990s, the West was overwhelmed by the scale of change and went for the first and easiest choice – accepting that the reformers were only among the Communist Party. However, since then the KGB’s Putin replaced the reformist Yeltsin, and Borisov with a strong security service background has emerged as the longest-serving Prime Minister.

Over the years I have dedicated significant efforts and time to understand the roots, the drivers and the behavioral patterns of the main actors in Russia, which determine policies towards Bulgaria, and Eastern Europe in general. Reading reactions in Russia to the ‘spy’ scandal, separating the PR from the tangible elements, and mostly measuring the net end effect to Russian intelligence resources and potential in Bulgaria I have come the conclusion that the ‘spy’ operation’ in all likelihood has been coordinated, or at least communicated, in advance with the Kremlin, as part of a damage control effort.

This is the only plausible explanation for the muted reaction at an official level in Moscow to the spy saga. What we have seen is a pretty routine and cautious talk from Maria Zaharova, with the most aggressive reaction coming from people with no formal status or real power within Russia. This line sharply contrasts with previous instances of aggressive, bordering on rudeness reactions at the highest levels, including FM Lavrov, PM Medvedev even President Putin in response for far less serious ‘offenses’ by the Bulgarian authorities. When it comes to hurt pride, moreover from an ex-satellite, there are hardly any constraints to Kremlin’s ire.

The Russian Government did not threaten, nor cancelled the session of the Inter-Governmental Commission, at which it was compensated with a contract for pipes delivery for the extension of the Turk Stream, a reassurance that Rosatom would be involved, no matter who invests in the NPP Belene. Without an overshadowing “spy” scandal, these series of geopolitical gifts could have come at a prohibitive cost to the Bulgarian government.

Worth mentioning is that the news that the Turk Stream extension contract will be signed were aired by PM Borissov, at the beginning of September, before the ‘spy’ scandal broke out. The Bulgarian government and the Bulgarian authorities have not shifted an inch in changing their reluctance to accept the evidence of the Skripal case as ‘sufficient’, nor expose or expel GRU and SVR agents, or in any way try to contain Russia’s intelligence operations, including taking under control the money flow that originates in the country and ends up in the coffers of Russian oligarchs and politicians.

One does not need to wonder why this happens, as President Macron pushes for returning EU-Russia relations to a new normal, Chancellor Merkel defends the Nord Stream – 2 bypassing Eastern Europe and President Trump seeks to bring back President Putin to the G-8 format. Bulgarian politicians are simply taking advantage of such high-profile benchmarks, to justify their pretense to entice the West into an agreement with the proposed upgrade of the Lukanov’s model by adding the new prosecutor – oligarchic superstructure. Morality in politics is a relative concept. Against this background, what the Bulgarian prosecutor-oligarchic caste offers does not look out of the canon.

The appointment of Ivan Geshev or his alike will signal a victory for all newcomers into the elite that seek to legitimize their new grip on power. Instead of catharsis and a healing process, inherent in genuine judicial reform, far-reaching cleansing of corruption and bringing afore honest politicians, Bulgarians are asked to accept to be governed for life by the peers of Dogan, Lukanov, Parvanov, Tsatsarov, Kovachki, Peevsky, and Borisov, or their successors. None are used to pursue higher living standards and welfare through hard work within a meritocratic system. Most of their ‘success’ stories start with joining the post-Soviet mafia-type networks, which capture and stifle institutions, redistribute public wealth and the fruits of other peoples’ labor.

Bulgaria, and East Europe have been traded in the past, so Russia believes there are precedents to build on. However, I trust today the West has far better instincts to read into the political fakes and warfare operations that Moscow is engaged in and above all when push comes to shove, Western leaders opt to act per their long term essential interests.

The new oligarchic model cannot succeed because ultimately it is not economically viable. Both the numbers and the cost of sustaining this non-productive class are on the rise, dooming the country to chronic laggard status, poverty, demographic collapse and depopulation, unable to join the higher stages of integration in the EU and NATO.

Even the Bulgarian people, known for their proverbial patience, have limits of tolerance.