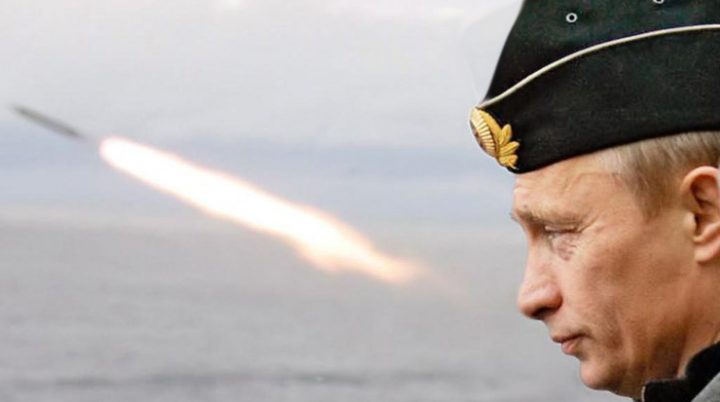 This year the Valdai forum gained in high-level profile – foreign heads of states attended the year’s plenary session, starring President Putin’s keynote address and his answers in the Q&A follow-up. The new old message – the pivot of the world is shifting to the East, and Russia is shifting its foreign policy alongside. One could mistakenly take Putin’s words at face value and deduct Russia is less interested in Europe and the West. Suffice it to dissect this into the strategic backdrop of the new cordial entente with Macron’s France and Trump’s America.

Do not take Valdai’s communications wrong – although the speakers were invited to discuss the longer-term horizon, not an inch of what they covered contradicts or dilutes their short-term agendas.
Asia-centrism in Russian foreign policy has always been subordinate to Kremlin’s euro-centric drive. Most of Moscow’s proactive foreign policy initiatives, the bulk of trade, military, and foreign policy resources, are dedicated to changing and adapting relations with the West.

President Putin’s address at the Valdai forum made no exception.
Moscow has a track record of threatening the EU and the US to turn East, if not treated at par. Now, President Putin is openly talking about a military-strategic alliance with China, a suggestion reinforced by Moscow’s move to assist Beijing in creating its defense system against ballistic missiles.

Gazprom used the same trick threatening to divert its gas flows East – to China and the Far East if the EU does not accommodate Ukraine bypass projects – the Nord and Turk Streams.

Ten years later – Gazprom is facing a growing challenge to defend its market share. The EU is not granting Nord and Turk Streams privileged access, and President Putin is rehashing the same ‘Go East’ adage at the Valdai Club.

Worth recalling previous instances of Russia “helping” China create its fighter jet, Beijing already has its version of a fifth-generation “stealth” fighter plane that successfully outperforms the Russian air force pride – the SU-57. The fallout of the current “support” for building an ABM system, in all likelihood, will be identical.
There is nothing more profoundly incompatible than Russia’s development pattern with that of leading Asian nations. Identifying itself with Asia helps the Kremlin revive a sense of belonging to the most dynamic center of the global economy and translate this imported optimism into domestic and foreign propaganda slots.

A key element in this year’s Putin’s speech is that although the world is moving to a multi-polar state, the most likely scenario is self-regulated anarchy. In President Putin’s interpretation, this equals uncertainty and invites a fresh look into regional alliances and additional security guarantees, in order to sustain economic growth and prosperity trajectories. Most of this is a classic geostrategic sales pitch – what Russian Tzars and Queens have been offering their Western fellow monarchs in the past – the role of gendarme and security provider – weapons and troops, with Russian society ready to accept cargos 200 and 300.

President Putin’s paints a bleak future if the world does not listen to his warning. One can hardly resist an analogy to the panic tactic climate change radicals use to force governments into higher spending on climate issues. Russia hopes to reap its fair share of security premiums or geopolitical security tax that nations would be forced to pay, very much in line with what mafia bosses racketeer off petty shop owners.

The only difference in Kremlin’s current revived version is the pretense for a systemic approach and a new global order, where Russia’s strategic and security umbrella proposals will carry water and attract buyers.

President Putin adds a solid hinge to his geostrategic pitch by alluding to the decision taken in 2015 to engage in Syria and build two military -air and naval bases. Syria is the trade sample of the commodity Russia is ready to offer other autocratic regimes world over – from Libya to Venezuela, Cuba, Iran, Turkey, and even Saudi Arabia.

President Putin makes no secret that Russia’s Syrian operation, which he dubs a complete success, should be considered a model for resolving other conflicts. After Crimea and Syria, Moscow has exhibited its full arsenal range – from hybrid warfare, private armies, agents of influence, and secret operatives to military hardware and troops dispatch.

Conflicts provide more opportunities for Moscow to test and sell weapon systems and identify the best blend between overt and covert, including diplomatic options to achieve ends.

Russia considers each opportunity to fill in any security void left from US pullback or reduced commitment. The C-400 deals are just a prelude, and the drone hit on the Saudi oil refinery is a superior vintage. A ‘mysterious’ attack that implied highly sophisticated operational command and control capacity, well above the grade of usual regional suspects, translated into a fast pitch for C-400 ‘panacea’ purchases

Cui Bono remains an excellent guide.
In his Valday speech, President Putin offered a list of conflicts for Russian involvement – Afganistan, Israel-Palestinian feud, the Persian Gulf spat. Kremlin’s boss’s deliberations on the Organization for Security and Cooperation of Gulf states are the epitome of Russia’s expanding global aspirations.

Vladimir Putin made no mention of Lybia, where the private Russian Wagner army already suffered 35 dead and many more injured.

Moscow engages in countries, directly related to the oil and gas markets as energy remains the backbone and the revenue base of Russia’s foreign policy.

The Russian President goes on to present the Euro-Asian Economic Council as an adequate equivalent of the EU and other economic blocs, adding an optimistic view on its deepening cooperation with Singapore, Vietnam, and China.
The Valdai forum presented the Russian President with an occasion to affirm Kremlin’s plans for strong relations with African states, partnering both with China and France. If stories coming from the Central African Republic are any guide of Moscow’s intentions, then again, the mix between covert and overt operations, blending security offers with veiled threats, comes to the fore.

President Putin goes to a great length to elaborate on his vision of security beyond blocs, within a network of vaguely defined security guarantees from great powers. He is offering this non-NATO option to Serbia and the West Balkans. He has discussed and pushed it in talks with President Macron, with President Erdogan and on conflict regulation in Ukraine, Georgia, and Moldova.

Finally, the Kremlin leader wasted no time during his Valdai performance to build on the new climate change commitments, which are more form than substance, to the Paris agreement to boost his strategic plan to “normalize” EU – Russia relations. He also tied the progress in the Minsk agreement to the lifting of sanctions.

This year’s appearance of President Vladimir Putin, joined by several heads of state, seek to enhance the perception of him as a global leader, who should be credited for success abroad, rather than lower living standards and assaults on democracy at home.
Over the years, the Valdai forum has ceased to invite critical voices, thus turning into a leading propaganda platform of Kremlin’s foreign policy.