Foul play at the auctions 2020 Revithoussa LNG – the consequences 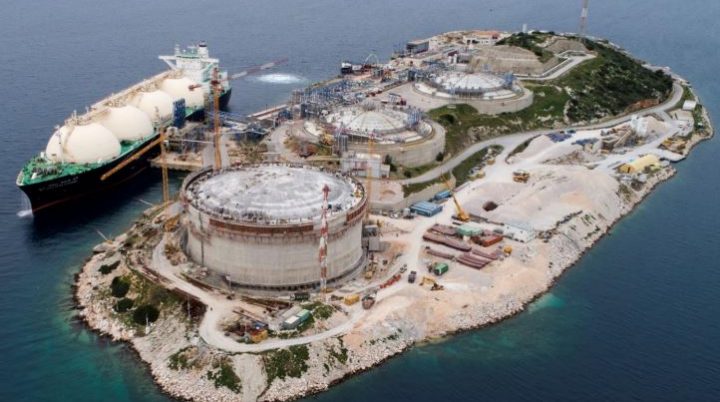 Last week the Bulgarian PM inspected work progress at the Interconnector Greece-Bulgaria, noting that it is a landmark project for energy security in the region. Two days later, he flew to Thessaloniki to meet the Greek PM and the US ambassador to Greece, repeating praise for Greek-Bulgarian cooperation in the energy field and commitment to buy more LNG.

DEPA, Kolmar, and the Bulgarian company Energiko have managed to import partial or fully LNG sourced gas into Bulgaria via the Greek terminal at Revithoussa. Due to outdated regulatory practice and lack of liberalization of the gas market, the margins between the “buy” and “sell” prices have been collected by the traders, including Bulgargas. Lower international prices of gas have failed to reflect into a proportionate decrease in gas prices for end-users.

The natural gas price in Bulgaria is fixed at roughly 23 Euros/MWh, and there is little chance it will drop in the high winter season.

Yet what happened last week at the auction for LNG cargo slots at the Revithoussa LNG terminal rings the bell, foretelling tense relations and hurdles for LNG imports to the region.

DESFA, the operator of the terminal, denied Bulgarian and other non-Greek traders, including those that had already imported LNG via the terminal, direct access to the slots for cargoes in 2020. The winners are 4 Greek companies, including Elpedison, where the Italian Edison has a stake.

This was an unexpected twist of events, exemplifying a somewhat clumsy and un-European attempt to abuse monopoly rights and strategic position, not much different from past Gazprom practices.

The total auctioned capacity is for the import of 5 billion cubic meters of LNG, which is well above Greece consumption levels. If Gazprom’s ‘take or pay’ volumes are deducted, then it turns out the at least 3 billion cubic meters will have to leave Greece. As Turkey and Italy are not an option, only Bulgaria, Albania and the Balkans remain an exit market. DESFA management forgets that in the 2020 gas market buyers not sellers rule.

Worth noting that DEPA had just begun selling small volumes to Bulgarian customers and storing gas in the Chiren UGS, helping balance peak discharges of LNG cargoes. Relations between DEPA and Bulgargas have not always been cooperative in the past. Relations between DESFA and Bulgartransgaz, despite history and current grievances on both sides, have improved, allowing entry/exit and settlements of gas between both systems.

There is no doubt, the last move of DESFA to deny under various pretexts access of Bulgarian and other non-Greek regional traders to the Revithoussa LNG terminal for direct deals with importers will have negative consequences.

If the idea was to help Greek intermediaries collect 1-1,5 Euro/MWh for brokerage services, as was the deal with Kolmar, the effect will be precisely the opposite as LNG needs to compete in Bulgaria to displace Gazprom’s piped gas. Denying a competitive edge by collecting 5% of the end price as a Greek-only LNG terminal tax is more likely to impair the chances of LNG in the region. After all, Gazprom is intent to flood the region is cheaper gas via the Turk Stream in order to secure market shares and ward off LNG competition.

Worth noting is that the allocation of Reviothoussa slots to Greek companies only will not affect Bulgarian traders but all other EU and US traders that would be willing to enter the region and control the value chain of their product. Regardless of intentions this is a play benefitting Gazprom.

Soured relations are likely to block and or make harder disposal of excess gas in Greece in and via Bulgaria as affected traders could potentially try to retaliate by making it harder for Greek traders to transit and store gas. The penalties, as in the case of the engaged slots at the Revithoussa terminal (Euro 200,000/d), are not a barrier.

Then Greece could further decide to go down this disastrous line by impeding SGS gas to Bulgaria. Alexandroupolis FSRU could incur further delays. In short, instead of reaping the benefits of the integration of Greek and Bulgarian gas markets, this unilateral move by the Greek TSO could trigger unvirtuous cycle of events and limit potential gains.

Cooperation between Greece and Bulgaria is essential for both countries to balance off excesses of Turkish pretense to control the regional gas market offering privileged access to Gazprom. Should more gas start to flow from the East Mediterranean, its most natural destination is via Bulgaria to Central and East Europe.

Bulgarian traders and the TSO have already started seeking alternatives to secure LNG imports using Turkish terminals. The Alexandroupolis FSRU terminal could be an option, but only after three years. Trusting Greek government intentions is quintessential for Romgaz and Bulgartransgaz to buy in shares from Gastrade, as both will read the message from Revithoussa as a dire warning of potential future foul play.

Bulgarian and other regional traders could also investigate other FSRU options in Turkey (Gulf of Saros) and Albania.

Summing up – DESFA’s move to limit access to LNG imports for non-Greek companies is the wrong move at the wrong time. It could be challenged in the EU court or at EC level for discrimination and denial of a level-playing field. Eventually, it will be overturned, but the bad taste will remain.

It is ever more worrisome as this is one of the first acts of DESFA following its takeover by a consortium of the Italian SNAM, the Spanish Enagas, and the Belgian Fluxys, thereby adding a broader EU perspective behind the restrictions.

The Greek regulator has a role to play in remedying the situation, as well as EC and US authorities. The goal is to guarantee non-discriminatory access to the only EU entry point for alternative gas/LNG supplies now. The Greek regulator could initiate a review and suspend the procedure, until changes are made in the auction guidelines avoiding discrimination to non-Greek traders. A good example is how capacity for UGS in Chiren is auctioned with allocation done on a proportional basis to interested parties, meeting eligibility criteria.

PM Borissov’s upbeat tone before his trip to Washington, promising more LNG imports, has been cold showered. There is only one winner at the end of the day – Gazprom. 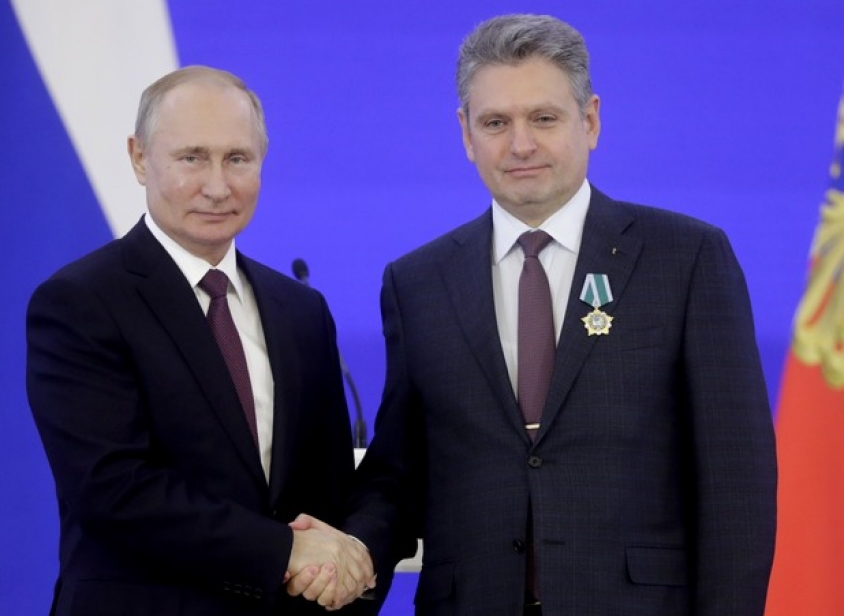 Posted by Ilian VassilevNovember 6, 2019
The spy affair involving the top Russophile in Bulgaria – Nikolay Malinov, has received an ominous turn in the…
More...