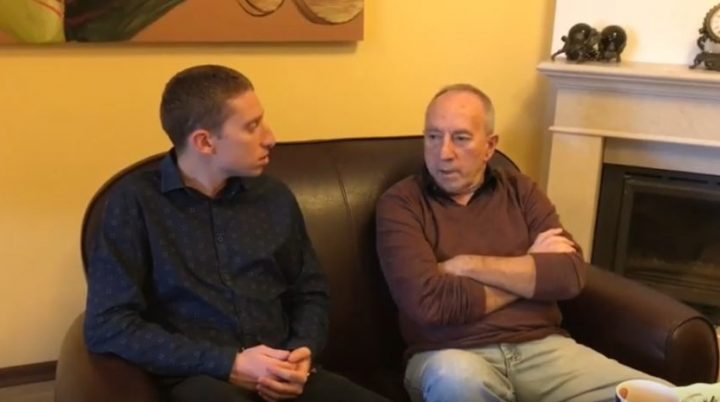 Hopefully, this will not be my last Bulgaria Analytica article. But with the current state of media you never know.

So I think it’s an opportune time for me to reflect on my time as a correspondent for Bulgaria Analytica and the Center for Balkan and Black Sea Studies (CBBSS), and more so, on the past five-plus years — a period I’ve spent almost entirely outside of my native United States.

As necessity is the mother of invention, it could be said travel is the mother of an expanded worldview. I’d like to think my worldview has expanded significantly as I’ve spent most of the past five years traveling and doing a lot of reporting along the way.

Journalistically, I typically neither write in first person, nor inject strong opinions in my writing. But at the present, I think I would be remiss to not divulge how the past five-plus years have shaped my worldview. And if nothing else, it will serve the purpose of transparency.

In 2014, I departed the U.S., heading abroad with a contrarian perspective to American affairs. From my vantage point, economic and personal liberties were eroding in the U.S., and the foreign entanglements had spiraled out of control. As for the fourth branch of government, the mainstream media no longer had any appeal to me. They pushed wars, bank bailouts, big government, etc. I didn’t want to work for major U.S. media, and I didn’t find much satisfaction in consuming their content.

These anti-establishment views placed me in a camp that is very much a target demographic for the foreign media arm or arms of the Kremlin. Yes, the Kremlin.

I know because its flagship international broadcaster had considerable appeal to me. I could go to the RT YouTube channel or channels and find unlimited reporting on the blowback resulting from U.S. involvement in the Middle East or even find coverage of Federal Reserve money creation.

RT’s broadcasts and online news portal still have major appeal to many of my peers who produce and consume western alternative media. To some, it’s a go-to source — not only for news consumption, but for sourcing reporting.

RT is even a major source for certain journalists and news outlets who lean libertarian and anarchocapitalist.

While it may seem like quite a surprise to some that anti-government news consumers and producers turn to the Russian government for reporting, it is perfectly normal to others. Intentional or not, RT and similar outlets court anti-establishment audiences in the West. They feature libertarians, anti-interventionists and other anti-establishment personalities as both guests and hosts in their reporting.

So what led to my shift in tone?

My time abroad has certainly not made me fall in love with the U.S. or U.S. government. My political views are still libertarian, and I’ve come to prefer living abroad for a whole host of reasons.

But as I’ve traveled and worked as a correspondent, I’ve found myself forced to ponder questions such as: Are there little guys — not just fat cats — who stand to gain from U.S. and NATO interventions? Do some countries’ citizens actually want U.S.-backed regime change to overthrow their dictators or corrupt governments? Is supporting a non-interventionist foreign policy enabling anti-American dictators and regimes around the world? And who will police the world if the U.S. does not?

These are scenarios one does not consider when one is only able to see the negatives of U.S. and NATO interventions in global conflicts. I now try to see the positives, as well as the negatives, an approach that is rooted in what I have done and experienced over the past five years.

Over this period, I’ve met Bosnians and Kosovar Albanians who will forever be grateful for the Clintons and for NATO’s bombardment of Yugoslavia. On the flip side, I’ve met Serbs in North Mitrovica who were effectively bombed out of their own country.

And as the geopolitical tug of war in now-North Macedonia unfolded, I saw western mainstream media lend support to one side. Meanwhile, Russian state media ran headlines like, “NATO Willing to See ‘Blood’ in Streets of Macedonia’ for Greater Albania Project.”

I’ve also spent a fair amount of time in Ukraine — a country often mentioned in reference to what occurred in North Macedonia. To say the least, I’m more skeptical of the Kremlin narrative of Euromaidan now than I was when I watched the events play out from behind a screen, wishing I was there to witness it firsthand.

It’s no secret Bulgaria Analytica is critical of Russian influence in the region and around the world. Some believe that is so much the case that this publication is spewing Russophobia.

At least for me, viewing the Kremlin and its global media operations with a critical eye has been a much-needed thought experiment. If I weren’t to exercise critical thinking when I consume news stating NATO’s trying to carve up Macedonia (now-soon-to-be-NATO member North Macedonia) in order to create Greater Albania, then there would be something severely lacking in my approach to journalism. It would be as if I had blinders on. To some extent, it does appear to me that many critical voices in the West are figuratively wearing blinders in their approach to information disseminated by governments hostile to western interests. For instance, I’ve seen alternative western media aggregate reporting on the clash between Moscow and Kyiv in the Kerch Strait from an RT report in which the primary source was the FSB. Would the same media aggregate reporting on a clash between the U.S. and Iran from a story for which the single source was the CIA?

Six years ago this line of questioning may not have even crossed my mind. My life abroad and travels have allowed me to examine different vantage points of the world and geopolitics. I’d like to think that has, in turn, broadened my ability to analyze and report on global affairs.

Regardless of whether my journalistic capabilities have progressed, being able to witness world events and expose myself to many new people, countries and cultures has been an incredible opportunity and one due in large part to Bulgaria Analytica, CBBSS and the late Alex Alexiev, who was very much the catalyst of it all.