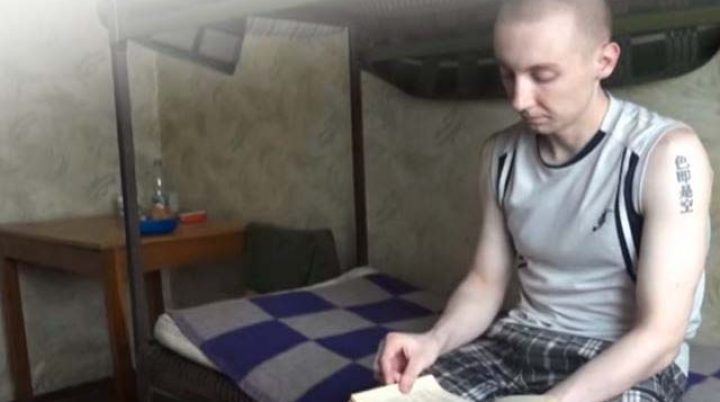 Stanislav Aseev in the prison

Ghosts of the old Cold War are suddenly revived when it comes to the political imperatives of Putin’s dictatorial regime and those who disagree with him. Perfidious inventiveness and evil are awakened.It’s not by chance that the instruments which waged this struggle are once again the same.

Disinformation, slander, all sorts of prohibitions – the huge arsenal of the Russian censorship octopus is not only prepared for renewed warfare and will be more terrible in the years to come. The methodology is the same, the results are predictable, but the furious attempts of the dissidents – to demonstrate to the civilized world the real situation there – are being nipped in the bud.

What is going on, as the world begins to digitize and globalize and the pre-internet era seems like a collective dream broadcast from the small screen of black and white televisions? Recently Russia adopted a special law for a “sovereign internet”, i.e., limiting the Russian internet and imposing police control over the few remaining independent voices. Why is it that the individual components in the system attempt to throw off the murderous extent of obedience? In response they are always persecuted, intimidated, slandered, punished, and in the worst cases, liquidated. Just as in Orwell’s 1984. But in the post-Soviet case, worse.

THE CASE OF ASEYEV

In the online space there is a video interview which can confuse even the most unbiased viewer. The interview is with one of the victims of the bellicose Russian policies, namely the free (until two years ago) Ukrainian writer and Radio Free Europe journalist Stanislav Aseyev, who was taken captive by separatists in 2017. He suddenly disappeared then, while carrying on journalistic work on the territory of the newly created and still internationally unrecognized Donetsk People’s Republic. His fate is not different from that of hundreds of other Ukrainian political activists, among whom now are university teachers in Donetsk. Later it became clear that Aseyev had been seized by separatists, held as a prisoner for two whole years without medicines or contact with the outside world, tortured and degraded. Despite the reaction of many human rights organizations in America and Europe (including the American PEN Center, the Ukrainian Pen centre in which this young writer has been a member as of 2018, and public support from the European Parliament, from the director of Radio Free Europe, etc.) despite all that support, that which is happening to Aseyev is moving according to a prepared scenario which strongly recalls the Stalinist repression that is being reproduced with new force in Putin’s Russia.

The scheme is one and the same. The victims – Ukrainian activists, writers, journalists, intellectuals and prominent citizens – are taken prisoner by separatists and sentenced, often according to a swift procedure, by the self-proclaimed Supreme Court (Military Tribunal) of the internationally unrecognized Donetsk People’s Republic (DNR). The sentences are invariably carried out and lead to a penal colony, usually 15 to 20 years imprisonment. The sole crime of intellectuals, journalists, scientists and ordinary Ukrainians who have been seized and tortured as prisoners is their open protest toward the aggressive moves against the territory, statehood, identity and integrity of Ukraine.

In this manner, the kidnappings and judgments serve as an example to others.

In the video, titled “Aseyev the Spy” (in Russian), the young writer and journalist is conducted to an improvised studio as a dangerous criminal in handcuffs, which were removed during the questioning. The man who brought him to this strange “interview” has a face mask, typical of the black hooded terrorists of the world. The interview is a police questioning by a man dressed in typical military clothing although without identifying military insignia. Step by step it becomes clear that this so-called interview is actually a dictate aimed to obtain some form of non-material “ransom”.

This theatre of cruelty, wherein Aseyev was forced to participate and involuntarily play an antagonistic role, was conducted against a specially chosen set design, making it even more cynical, among books of the State Library in Donetsk. The elementary questions were posed in Russian according to the format of a police interrogation, but among the ironical replies of the frightened Ukrainian writer were comments that depict  him as a murderer, a spy and a compulsive scribbler. And, most importantly, they portray him as an enemy of the Russians, ready to kill, even children.  This is monstrous manipulation.

The situation which the dialogue plays out in this absurd video interview strongly recalls the inquisition-like public trial against Joseph Brodsky back in 1964, when he was charged with literary parasitism and then sentenced to psychiatric treatment and forced labor at a penal colony in the far north. But here the indictment is even more serious: military espionage plus terrorism. Not only is there an indictment, but in the video interview the frightened Aseyev states directly, reciting parrot-like that he was recruited by the Ukrainian intelligence services, underwent special combat training and carried out concrete tasks in Donetsk.

At first, the viewer of this absurd video can be ensnared. But then come doubts and questions:

And then come the answers. At once.

THE CASE OF PROFESSOR KOZLOVSKI

The world-famous Ukrainian scholar, professor of the history of religion, authoritative member of the community and Ukrainian independence activist has his own logical version of the scandalous interview. Prof. Igor Kozlovski is now 65. What he has in common with Aseyev is that both were kidnapped by separatists, forcibly held for two years, tortured, and accused of espionage.

Igor Kozlovski was freed from his lengthy imprisonment only at the end of 2017 (Stanislav Aseyev was seized that same year in the spring). According to the professor’s relatives, the reason why he was arrested was his position against the Kremlin, shared on social networks. It was his courage that led to his physical torture by the separatists, who support Putin. And – the final bill – he was sentenced by a military tribunal to two years and eight months of strict regimen imprisonment.

Months later following his release, Kozlovski publicly asserted regarding this strange video interview with the arrested Aseyev, his former student from Donetsk University, that he was absolutely sure Aseyev had never been part of Ukrainian military intelligence. That was because the approach to Kozlovski himself and to other Ukrainians seized by the separatists was absolutely identical. After torture they had to “confess” to being “spies” or “terrorists” to have a basis for convicting them according to the swift procedure.

The “confessions” in question were wrung out by physical inquisitions, as well as with threats to the life of close relatives. And Aseyev’s mother lives in Donetsk.

IN LIEU OF AN EPILOG

As much as the Western world has tried to help by diplomatic and civilized means, the results during the last five years have been obvious.

The political opponent of the Russian president, Boris Nemtsov, was killed most demonstratively in the very heart of the Russian capital, not just anywhere but at the Kremlin.

The film director Oleg Sentsov was sentenced to 20 years in prison for protesting in Kiev against the annexation of his native Crimea, and was jailed where he almost died after a grueling hunger strike (his moral protest against the verdicts of 64 Ukrainian political prisoners in Russia) while undergoing several circles of hell despite international support.

The popular director and head of the independent Gogol Theater Center Serebrennikov also received an absolutely unfair sentence because of his criticism of the ruling power on the theatrical stage. He was in prison and returned from there changed.

The president of the Karelian branch of the Memorial Society, historian Yuri Dmitriev, was also swiftly sentenced, sent to prison and also forcibly subjected to criminal psychiatric treatment, after having bravely announced shocking facts related to the monstrous Stalinist purges, and revealing to the world hitherto unknown mass graves holding thousands of people who had been shot.

The recent hottest case, that of the Ukrainian journalist from Radio Free Europe, writer Stanislav Aseyev, is once again at the center of attention because a few days ago he was sentenced to 15 years in a penal colony.

The mockery of the works and positions of Aseyev attempted by the self-proclaimed rulers of the unrecognized Donetsk People’s Republic (a part of Ukrainian territory) is nothing in comparison with the transformation of his life. Because this is the message that the executioners convey to the next victims in Ukraine: The Kremlin’s power is stronger than you, and can subject you to a fate as happened in another difficult time.

It’s not by chance that the previous name of Donetsk was Stalino. 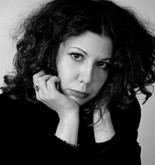 Patricia Nikolova is a writer, literary and theatre critic, freelancer and independent researcher. During the last twenty four years she has published hundreds of articles in leading media. Her works are published in different languages. Over the past seven years she has focused on the theme of the Cold War.