Menu
Home
2020
April
29
The Region
Could it be time for another Russian revolution?

The Russian government has inadvertently concocted a recipe for domestic revolution.

Having failed to escape the ravages of the coronavirus pandemic through his lies and deception, Vladimir Putin is now facing outright public revolt amid collapsing oil revenues, depleted budgets, failing social services, and growing alienation from Moscow in the country’s impoverished regions.

Not since gaining absolute power over 20 years ago has Putin faced such a confluence of crises compounded by his own policy mistakes.

The Russian economy was already showing signs of sinking before the pandemic struck and the global depression began. International financial sanctions on Russian companies involved in the war against Ukraine and the subversion of Western democracies contributed to the decline, but it is Moscow’s overreliance on energy exports that has precipitated an even deeper disaster.

Moscow’s decision to undermine the OPEC+ cartel arrangement with Saudi Arabia at a time of falling global demand severely damaged its own interests.

The price of crude oil has fallen by over 60% since the start of the year as a result of a price war between Russia and Saudi Arabia, as well as international economic decline caused by the pandemic. Russia is heavily dependent on oil revenues, with its budget based on a price of $42 per barrel. If it falls below this level, Russia will be unable to balance its budget or increase social spending for the growing number of poor families, despite Putin’s promises to do so in January. The current price of oil is hovering between $20 and $30, meaning that the immediate future looks bleak for the vast majority of Russian citizens.

In the midst of economic shock, Putin’s planned plebiscite to provide a veneer of legitimacy to an indefinite prolongation of his rule could not have come at a worse time. The April 22 vote was canceled because of the spreading virus, and Putin’s credibility and competence are now increasingly questioned by frustrated and frightened citizens.

Russia’s planned World War Two Victory Day on May 9 looks like another fiasco.

Unlike the communists who promised a glorious future for the masses, Kremlin propagandists can only offer a glorious past by developing a falsified version of Russian history. Putin intended to invite major world leaders to Moscow to celebrate the 75th anniversary of the end of World War Two. The aim was to depict Russia as the savior of Europe from German fascism and to disguise Soviet-Nazi collaboration that devastated Europe. The pandemic has evidently defeated Putin’s military parade and spotlighted his historical distortions.

Although dictators such as Putin invariably seek to distract the public with foreign wars, recent studies indicate that Russians are less supportive of an aggressive foreign policy when the economy is nosediving. Moscow can no longer deceive the masses when living conditions plummet, and the healthcare system disintegrates in the midst of the pandemic. Although Moscow is the epicenter of the epidemic, infections are soaring throughout the country, and even China now feels threatened by workers returning from Russia.

To deflect public anger, Putin’s officials have tried to steer responsibility for dealing with the pandemic to local governors in Russia’s regions. But this could backfire against Putin if a combination of economic and political resentment, mass fear, and government incompetence becomes combustible.

The Kremlin has delegated responsibilities to the regions for virus testing and access to medical care. However, even if Moscow were to release its financial reserves, the regions are unlikely to receive desperately needed funding to handle the health crisis. The Kremlin calculated that the masses would be gullible enough to blame their local governments and not the central authorities. Instead, Moscow will be seen both as the source of the pandemic and the main beneficiary of state aid.

Regional restlessness is based on an accumulation of grievances, including economic decline, official corruption, exploitation of regional resources, and threats to eliminate or merge federal units. The federal structure primarily benefits a narrow elite of political police, bureaucrats, oligarchs, and governors appointed by the Kremlin. Moscow extracts maximum resources from the regions with minimal investment in a crumbling local infrastructure.

This fake federalism is becoming increasingly unmanageable, and public resistance is growing.

What exact form a coming Russian revolution could take depends on the degree of local rage against officialdom, the role of regional authorities, and the extent of state repression. Stalin may be Putin’s hero, but unlike his Soviet predecessor, Putin simply does not have the capabilities or ruthlessness to impose mass terror and slaughter or imprison millions of citizens. Once the public senses weakness and confusion among its rulers in Moscow, the floodgates will be open to alternatives. 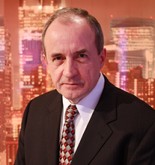