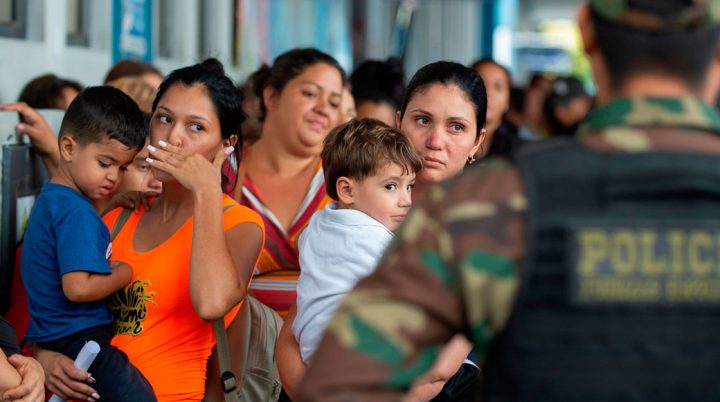 The unanswerable question is what the contemporary world is going to do with the people without any place in the present economic and cultural situation. There is this incredible demographic output of people without skills, education or qualification and their incessant need, constantly excited by the ever more internationally accessible media, to live better, to have what the developed world is seemingly enjoying.

Of course, no one is explaining what the price is of having this so-called quality of life. The efforts, the work ethics, the many years of studying and educating, the sacrifices necessary to achieve the goals, the forfeiting of the immediate personal gratification, the postponing of one’s genetic propagation in terms of avoiding multiple births, the planning and the sense of responsibility towards your progeny, all of this is ignored. Enormous masses of people are streaming toward the lands of milk and honey. They are not able or ready to accept and abide by the standards of the developed nations but, nevertheless, they crave their way of life.

The movies and the satellite television shows, available everywhere, are very appealing, especially for people who have low level of general knowledge and education or minuscule income and vague ideas regarding the reality of life in the West. But the worst of all is the irresponsibly high birth rate of the regions from where these people are coming and where these fantasies abound. The massive movement of millions driven by such instincts towards the more affluent centres of the Western world is a road to disaster. Not because this people are any less human than the inhabitants of the civilized lands but because they are different. The outcome of these moves across the face of the Planet is easily predictable: The civilization, as we know it, is about to change. There is a tipping point where the equilibrium, even purely for demographic reasons, is going to go the other way. Like in many previous epochs, the less civilized, due to their numbers, will take over and will subdue the more civilized, but less fertile members of the human race. The descent into a barbarian stage of the human history is inevitable and, in fact, there is nothing new about it.

The difference this time is that the invasion is not armed with weapons but with mothers and kids. There is no way the Western civilization will fight against it without sacrificing its most cherished values. And here is the check-mate. Because you are so civilized and because you sacrificed your own fertility in the name of taking the best care of, and educating to the best possible level your only one or two children, you are going to be forced to take care and pay all the bills for the kids of the people who simply come to your country, not with yataghans but with kids in their hands due to your declared Christian values.

Precisely because these kids are already born you can’t fight it. You can’t deny their “rights”. You can only pay their bills. You are not going to get any gratitude for that. More likely, you are going to face hatred for your benevolence. Also, because you have different faith and beliefs you open the possibility of terrorism, filth and disgrace in the cities built and loved by you and your ancestors. The tipping point is demographic in its core. The world, not long ago, in our childhood, was only 2 billion people. Now it is 7 billion. What will be the possible end of this impossible exponential demographic curve, or rather a line going straight up? Predictably, a catastrophe. If we observe the nature and its amazing self-regulations, we see how things get back in balance, sometimes violently, how cold is replaced with cyclonic warm air, overpopulation of fish or mice gets decimated by natural disaster etc.

We don’t see such natural forces being in control now. Not yet. There is something once grasped by Carl Jung and called Collective Unconscious. Simply put, it is an intuition, a mind bigger than all our individual minds, which owns the almost mystical power to grasp the deepest levels of the Universal meaning, as opposed to our limited individual views. And we, individually, respond to the calls of this entity without always realizing the bigger picture. We are blind to the deeper level but we respond to it unconsciously, individually and similarly to the action of a bee, relegated to the small window of the bee hive. So, we have limited views. Nobody in Ancient Rome saw the Writing on the Wall. Mene, Mene, Tekel, Upharsin was not well understood at its time. Especially by those who were the target of this message. The current calamity for the Western World, which is worsening very quickly, has reached the tipping point, the climax.

The balancing move in Nature for the situation approximating the current human overpopulation would be massive extinction. In our case, in our state and capacity and in view of the size of the world population, the most likely solution is a war. In this war several billion people could be dead. This would inevitably bring down the Western Civilization, as we know it. The barbarization of the human race will be quickly completed. Perhaps, this will lead to rejuvenation, or reset of the World in which our segment of the World History will end, to be replaced by other, more fertile and vital people who will start everything from scratch and will start writing their own part of the History of the World. Including the invention of the wheel, the discovery of grammar and the revelations of the descriptive geometry. It has happened many times before. The tears are pointless. What is puzzling is the perennial silence of the gods. 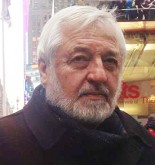 Lubomir Kanov is a Bulgarian medical doctor, Psychiatrist and a writer, who was forced into emigration in 1984. He was a qualified professional in his native country, before the authorities and the Secret Police arrested him in 1977 for subversive thinking and “counter-revolutionary propaganda aiming at overtaking the power in People’s Republic in Bulgaria and the Soviet Union”. He spent his prison sentence working in a carpentry division of the Political Prison in Stara Zagora. He was able to emigrate to the US and to obtain all his medical degrees and licensing as a Psychiatrist in 1984-1986 after which he practiced in Texas and NY. He was a Director of Psychiatric Clinic in L.I., NY and had extensive private practice. In 1991 he was awarded the Bulgarian National Literary Prize for Literature for his book ” The Couckoo-man”. He published a few more book in his native Bulgarian language and a few of his stories got translated in English and other languages. He retired in 2016 and currently resides mostly in Bulgaria where he continues to write and take care of his family’s vineyards. He Is married and has a son Alexander who works in the US.